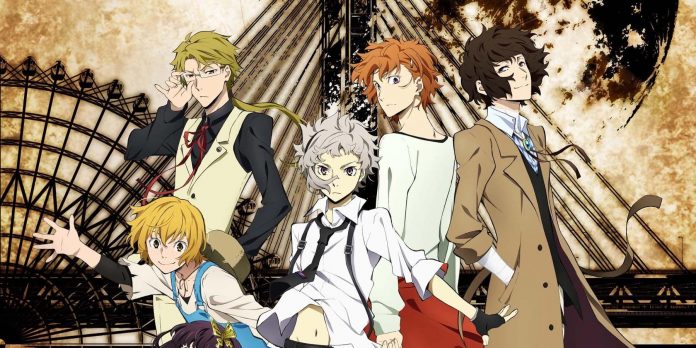 First aired in the spring of 2016, the action-packed detective anime, an adaptation of Kafka Asagiri’s novel “Bungo’s Stray Dogs”, quickly became a favorite game among anime fans. The series has three seasons, and the fourth will appear sometime in 2022, and the characters of the show and an interesting storyline with several supernatural elements are its biggest attraction.

In the series, Akiko Yosano is the resident doctor of an Armed Detective Agency. She has a rare “You won’t Die” ability that allows her to heal people’s wounds. During the Great Patriotic War, she was a military doctor. Her ability, despite being incredibly powerful, is activated only when the target has sustained injuries that put her on the verge of death. As a result, Yosano’s personality is also a bit sadistic, as she has to seriously injure some of her patients before she can treat them, which she usually gets a lot of pleasure from. Among Yesano’s dislikes are weak men and chauvinists, which is part of a reference to the real Akiko Yesano, a Japanese writer and pioneering feminist. In fact, Akiko Yosano was an incredibly influential but controversial figure in post-classical Japanese literature.

Using traditional tanka poetry as a medium for her writing, Yosano opened the way for women who followed her unique expression of femininity at the time, making women full-fledged agents in her work. Her writing effectively created a new image of femininity in Japan, especially thanks to a collection of tanka poems called “Midaregami” (“Tangled Hair”), which opened a new opportunity for Japanese women to imagine, experience and express new ideas about female sexuality and the female body. . She also had conflicting views on the primacy of motherhood in ideas about women’s experience and femininity, views that were ahead of her time, especially those concerning women’s financial independence. Her poem titled Kimi Shinitamou koto nakare (You Won’t Die) was addressed to her younger brother, who was enlisted in the Russian-Japanese War (1904-1905), and it was in this poem that the special ability of the character got its name. The poem was turned into a song and is considered a form of anti-war protest, which corresponds to the story of how the character was a doctor during the war.

The first character introduced in Bungo Stray Dogs is Atsushi Nakajima, an 18-year-old who was unlucky enough to be kicked out of the shelter where he lived because of his age, at a time when people claimed he was being attacked by a tiger that roams the streets at night. The tiger turns out to be none other than Atsushi himself, who turned into a white tiger at night and woke up in the morning without remembering what had happened.

Named after the Japanese writer Atsushi Nakajima, the character who transforms into a tiger is inspired by Nakajima’s story “Moon over the Mountain”, in which a man hears about a man-eating tiger roaming the neighborhood and meets him, only to find that the tiger is his old friend who has undergone a transformation. In the first episode of Bungo Stray Dogs, Atsushi recalls how he was kicked out of the shelter and told that such a “bum” like him was not needed. Even though he grew up there, Atsushi is on his own, without a cent to his name. This indicates that the shelter staff may have mistreated him, which is consistent with the early years of the author Atsushi Nakajima, who had a turbulent life with his father and not one but two abusive stepmothers during his lifetime.

Edogawa Ranpo is the pseudonym of the Japanese writer Taro Hirai, best known for his influential contribution to the development of Japanese detective literature and thrillers. In Bungo Stray Dogs, Ranpo Edogawa is a super—detective whose “Super-Deduction” ability allows him to find out the truth about a crime and find important information in seconds. Later it turns out that the “Superduction” ability does not really exist, and Ranpo simply solves crimes at breakneck speed only thanks to the power of his intellect.