Home Entertainment The best games for iOS and Android smartphones 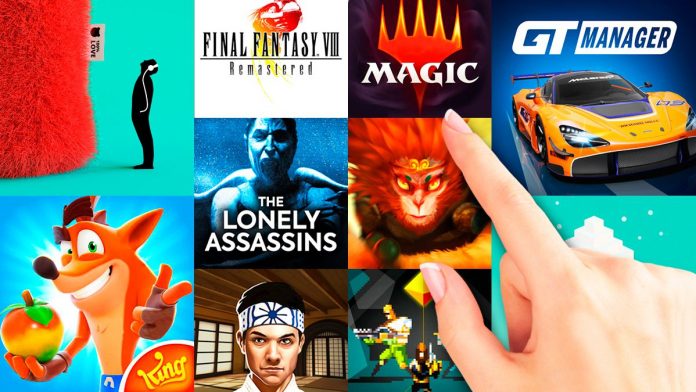 A selection of essential video games launched this March 2021 in the App Store and Google Play that you cannot miss on your smartphone or tablet.

We come to the third month of 2021 with great news in the mobile video game landscape through a good handful of more than interesting games for both iOS and Android smartphones. And it is that the market of apps for mobile terminals does not slow down with continuous launches of all kinds and conditions, from addictive free to play to ports of other platforms, through games specially designed for touch devices. That is why we periodically bring you the most outstanding releases of each month, this time, with the most interesting news of a month of March loaded with titles available both in the App Store and in Google Play. Do not miss our selection of the best iOS and Android games of this month of March 2021, as well as a look at the most recommended news from Apple Arcade, Apple’s on-demand video game service for iPhone.

Platform: iOS and Android
Developer: Rogue Games
Price: 6.99 euros
We started our selection of iOS and Android games for March with a proposal that is as unique as it is fun. And it is that Kaiju lovers will find in this rhythmic game a challenge through which to destroy entire cities through dance and fun … with giant stuffed animals! We can choose between quick missions, infinite levels, unlock new locations and rewards and even use our favorite music in a really addictive app, ideal for those moments in which we turn to the mobile for a few minutes.

Dungeon of the Endless: Apogee

Platform: iOS and Android
Developer: Playdigious
Price: 4.99 euros
The highly celebrated Dungeon of the Endless returns with its definitive edition after several years since its original release, one of the first roguelikes for mobile phones that was once very well received by critics and audiences alike. And it is that this new Apogee version includes so many new features that we can almost speak of a new game; so much so, that it comes with the Deep-Freeze and Rescue Team expansions along with two generous content updates, all to deliver hours and hours of classic 16-bit gameplay in a space adventure that fans of the genre can’t miss .

Platform: iOS
Developer: Alejandro Zielinsky
Price: 3.49 euros
We continue with another of those puzzle games with a unique aesthetic and a truly original game proposal, which manage to catch the player from the first moment. Thus, we will have to travel through several minimalist worlds spread over 30 levels of the most intelligent, which will manage to squeeze our ingenuity while we accompany Maya in her search for her lost soul fragments. All this with an atmospheric soundtrack and a staging brimming with personality.

Detailed description of the new Mario gameplay + Rabbits: Sparks of...