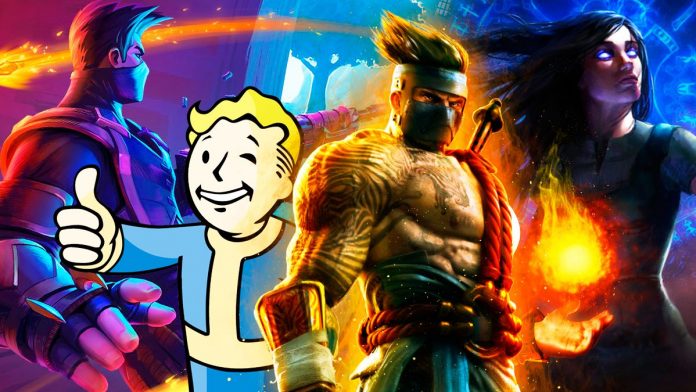 We tell you the best free video games to premiere or discover on Xbox Series X | S and Xbox One in this 2021. Fortnite, Call of Duty: Warzone and more.

The new generation has already begun. Xbox Series X | S is already the present and future of a division that faces this stage of the industry with renewed energy. These seven long years with Xbox One have allowed us to enjoy titles of all kinds, including those called Free to Play, that is, those that do not require an initial payment to play. In this piece we will dedicate ourselves to pointing out the most prominent free names available in the Microsoft Store, both for Xbox Series X | S and Xbox One.

Before we start, we must remind you that the two models of the new generation of Xbox have backward compatibility. This means that all games released for Xbox One work on your new console. If you have already played any of them and have taken the leap, don’t worry: all the saved data is saved in your profile via cloud, so you won’t lose your progress.

Our selection criteria for this list —which will be expanded if we consider it necessary— is clear: quality. We are going to talk in depth about these (successful) video games that surely deserve to be tested on our Xbox, whatever model we have at home.

It may also interest you: the best free games for PS5 / PS4, Nintendo Switch and PC.

Today is king. Activision has been able to reinterpret its own most successful intellectual property in a matter of a couple of years. Giving in to the battle royale genre for its multiplayer aspect is not kneeling, it is responding to a market demand. And it has gone wonderfully. Judging by the results, this new solution from Infinity Ward – based on Modern Warfare (2019) – has several game modes, games of up to 150 players, the so-called gulag to reappear in combat and, above all, a community of more of 30 million players that does not stop growing. A game in full swing.

PES 2021 Season Update also has a free version. With the Lite edition, you can access the full My Club mode, which will allow you to build the team of your dreams by opening balls, the equivalent of packs in FIFA Ultimate Team. In addition to that online facet, you will have the local mode with a selection of teams, cooperative and training. Jump on the grass right now.