Home Entertainment The Best Disney vacations are Already Here, and they Cost only $110,000 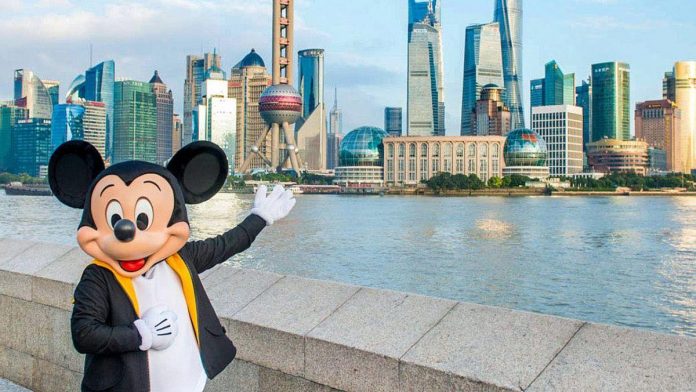 It’s been more than 65 years since Walt Disney first opened Disneyland, and now there are a dozen Disney parks in the world. Billions of people have visited the parks over the years. There’s probably one park that you live at least closer to, but if you’re a serious fan of Disney parks, you probably dream of visiting them all. Now you can do it for one grand vacation if you have $110,000.

Adventures by Disney, the company’s global travel division, has just announced a brand new holiday option — Disney Parks Around The World — A Private Jet Adventure. This is a 24-day vacation, during which guests will visit all the Disney theme parks on planet Earth, as well as several additional locations, including the Walt Disney Studio in Burbank and Lucasfilm. This is a large—scale trip, and it also has a huge price – $ 109,995 per person. A little more, since your initial departure and return ticket are not included.

It’s a lot of money to put it mildly, but when you look at what you actually get on the trip, it might be worth it if you’re lucky and you have the money. The journey begins in Southern California, where guests will spend three days visiting Disneyland, as well as Walt Disney Studios. From there, you head to San Francisco for a couple of days to visit the Walt Disney Family Museum, Lucasfilm and Skywalker Ranch, where you will actually stay.

After that, you actually get two days of non-Disney entertainment, a couple of days in India to see the Taj Mahal, and then a day in Egypt to visit the pyramids. Technically, these places have little connection with Disney, as they are presented as part of the Soarin’ Around the World attraction. Then three days in Paris, including time at Disneyland Paris, where the Avengers’ own campus is about to open. Finally, you fly to Orlando and spend four days in Walt Disney World.

The price includes a private jet for most of the trip, all hotel rooms at some of Disney’s top resorts, including the amazing Grand Californian Resort & Spa at Disneyland Resort and the historic Grand Floridian Resort & Spa at Walt Disney World. You can eat at all the best restaurants in Disney Parks. And you get VIP service all the way, from excursions behind the scenes of resorts to special viewing platforms for fireworks.

As a person who has “visit all the Disney parks” at the top of my wish list, this is literally a dream trip. Of course, it’s also a dream trip, because I have to dream to be able to afford it. But if I had the money, I would spend it on it as soon as I could. If you are potentially interested in this amazing experience, orders are processed by levels. On June 20, access will be granted to people who have already made three or more Adventures by Disney trips. On June 22, anyone who has ever traveled with Adventures by Disney can take part in it. Those who live in the Golden Oak of Walt Disney World will get a chance on June 24, and the rest can book tickets on June 28. The trip is currently scheduled to depart on July 9, 2023 and return on August 1.

A Navy pilot once told Tom Cruise that he would “never...