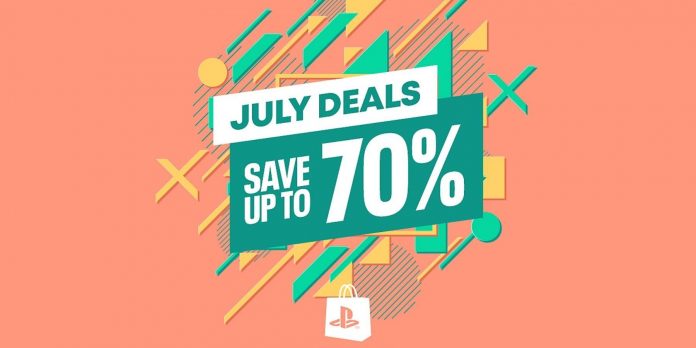 One of the many advantages of using a fully digital approach when buying a video game is the constant sales and offers offered by digital stores. A few days ago, Sony launched a July sale on the PlayStation Store, offering players hundreds of games for PS5 and PS4 with a discount of up to 70%.
The July Deals sale on the PlayStation Store will be available until July 20, 2022, which will give players enough time to familiarize themselves with all the offers. While most of the games on offer are DLC extensions, players won’t be disappointed as several AAA titles are available for half their total cost.
RELATED: The Best Early Amazon Prime Day Deals 2022
Resident Evil: The village — $29.99.
Headlining the PlayStation Store’s July offerings is Resident Evil Village, the latest installment of the long-running survival horror franchise. Initially, Resident Evil Village was available at the full price of $59.99, but Sony is offering a 50% discount, which allows players to get it for $29.99. It is worth recalling that just a few weeks ago Capcom introduced the long-awaited DLC for Resident Evil Village called Shadows of Rose. Although the DLC will be a separate purchase once it becomes available, players will need to install the base game on their consoles to access it.
In addition to Resident Evil Village, the PlayStation Store also offers other franchise games, such as remakes of Resident Evil 2 and 3, available at $15.99 each, Resident Evil 7 for $9.99, as well as a set combining Resident Evil Village and 7 for $51.99.
Death Loop — $23.99
Next up is Deathloop, originally released for the PS5 last September. For the uninitiated: Deathloop is an exciting first—person shooter game from Arkane Studios that allows players to control Colt, a killer trapped in a time loop. Since its release, Deathloop has received several awards, such as “Best Game Direction” and “Best Art Production” at The Game Awards. PlayStation Store offers Deathloop for $23.99, which is 60% less than the original price of $59.99.
Star Wars Jedi: Fallen Order Deluxe Edition — $14,99
Although Star Wars Jedi: Fallen Order is already considered an old game, it still has a lot to offer, especially to PS5 players, as the game has received updates that improve the gameplay. In July, the PlayStation Store is offering Star Wars Jedi: Fallen Order for $14.99, or 70% cheaper than the original price of $49.99. In addition, it is worth noting that the PlayStation Store offers a Deluxe Edition of the game for this sale, giving players access to a cosmetic skin for BD-1 and Stinger Mantis, a digital artbook and a director’s version. videos with scenes showing how Fallen Order appeared.
Life is Strange: True Colors — $29,99
Another noteworthy game that players can purchase at the July PlayStation Store sales is Life is Strange: True Colors. Life is Strange: True Colors, released in September 2021, is a graphic adventure video game revolving around the story of Alex Chen, who can feel the emotions of the people around her. Players will guide Alex as she tries to unravel the mystery of the tragedy in her life. Players can purchase Life is Strange: True Colors for $29.99 or with a 50% discount from the original price of $59.99.
Ultimate Sonic Kit — $41.99
Given the huge number of games available at the July PlayStation Store sales, there are offers available to almost everyone, including fans of Sonic the Hedgehog. Players can purchase The Ultimate Sonic Bundle for $41.99 or with a 30% discount from the current price of $59.99. It is worth noting that the Ultimate Sonic Bundle combines three sound games into one: Sonic Mania, Sonic Forces and Team Sonic Racing.