Home Entertainment The best deals at the Steam Summer Sale 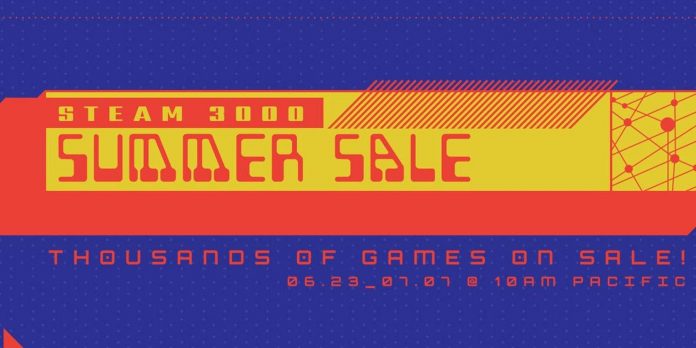 Every year, since 2010, Steam hosts a big summer sale. Despite the fact that the largest PC store and game library hosts many different sales throughout the year, none of them is as respected as the Steam summer sale, which often boasts some of the biggest discounts on some of the most recent AAA games, as well as some of them. the best indie games in recent times. If there is a game that someone refrains from buying, there is a chance that the Steam Summer Sale will finally push them to this edge.

This year is no different. This year’s Steam Summer sale, which officially began on June 23, will last until July 7, which will give gamers just two weeks to choose from literally thousands of games that are currently being sold at a discount. But these days, browsing Steam can be quite a challenge, as hundreds of new games are published there every day. Thus, gamers need to sift through all the dirt to find gems, carefully looking for the best deals at the Steam summer sale.

The best deals at the Steam Summer Sale 2022

The zombie-killing sequel to Dying Light 2 from Techland is also currently on sale at $39.99, which is 33% lower than the standard retail price. For a game released just a few months ago, this decline is quite impressive, especially when you consider that this is Dying Light 2, which offers a huge amount of content.

At the beginning of the year, Sony released its world-famous God of War on PC, presenting a stellar game with a narrative focus to a completely new audience. Instead of being just a port, Sony has made an effort and included a number of PC-exclusive features, such as DLSS and widescreen mode support. God of War currently costs $39.99 at the Steam Summer Sale, which is only 20% off, but makes this already great game even more worthwhile.

Tiny Tina’s Wonderlands is another AAA game worth buying. This is one of the last games released on this list, and it currently costs $47.99 at the Steam Summer Sale. Although it’s only a 20% discount, Tiny Tina’s Wonderlands only came out at the end of March, so any discount is welcome. Borderlands fans should definitely try this spin-off, especially if they have friends with whom they can start playing together.

As for the indie, the Tunic is priced at $26.99. It may be just a small 10% price reduction, but Tunic’s fresh take on the Zelda dungeon crawler formula is more than worth the entry price. Beautiful and vivid art style, surprisingly complex combat mechanics and intriguing puzzles set Tunic apart from the crowd.

In the same vein, Death’s Door currently has a 50% discount for just $9.99. As with Tunic, Death’s Door has been heavily influenced by the classic Zelda games, but at the same time it has a certain atmosphere and appearance inspired by Dark Souls, in which charming character design is combined with a dark and gloomy atmosphere and environment. Death’s Door even managed to win the award for the best indie game at the Game Awards 2021.

Of course, Steam also offers countless deals on older classics like Dragon’s Dogma: Dark Arisen, which costs just $4.79, and Titanfall 2 for just $4.79. If gamers are looking for a cheap and fun kick of nostalgia, then there are plenty of much older games on sale, including the vast majority of Star Wars titles, Deus Ex and the Half-Life series, including what is widely considered to be the best Half-Life Alyx virtual reality game with a 50% discount.

Star Wars: The Bad Batch is Renewed for Season 2 on...