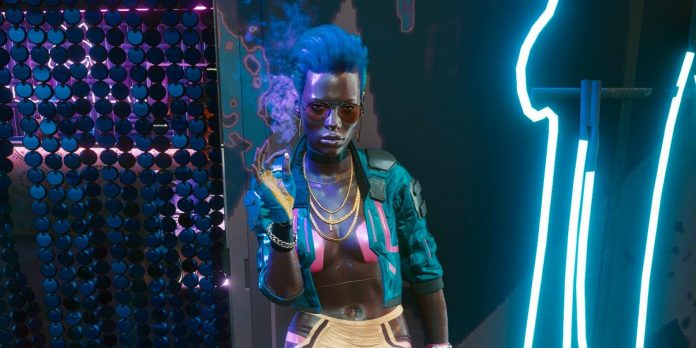 As the first launches go, CD Projekt Red’s long-awaited Cyberpunk 2077 has been infamous. Due to the demands for a refund, failures in the game and even a temporary stop of sales on some platforms, Cyberpunk 2077 had a hard time at first. The disappointment of the fans was palpable, and criticism of the game was mainly focused on the fact that it could not justify the hype and its condition was far from ready to launch. Fortunately, the developer has been working hard to change the game, and Cyberpunk 2077 is in much better condition now than it was in 2020.

Although CD Projekt Red has devoted a lot of time and effort to improving the game with large-scale updates and fixes, as well as the upcoming DLC, the modder community has also been busy creating really awesome add-ons that will help improve the entire Cyberpunk 2077 experience. . The modifications range from the extremely silly to the ingenious, but there are some special ones that fans should try if they want to get the best possible Cyberpunk 2077 experience.

The active community of Cyberpunk 2077 modders has already done so much to improve the game, from improving the gameplay to aesthetic changes, and along with CD Projekt Red updates, it helped completely change the fate of the game. One of the best changes that fans have made is the third—person view in the traditional first-person title. While a first-person view can be useful for combat and immersion, many players want to see their V in action, especially after they’ve spent so much time tweaking their appearance and adding cool extras. Work on this mod may continue, but it really adds a big dimension to the gameplay.

Setting up a car

Vehicles are an important feature of Cyberpunk 2077, as they allow you to experience a vast environment and move around the map quickly and stylishly. Usually players can add to their collection of cars by buying them from repairmen, but some of them can be earned during missions or even stolen. Regardless of how they were purchased, the car modification store has a variety of customization options, so that players can really make their cars their own, from improving functionality to customizing their appearance.

The metro system seems to be one of the many victims of the development of Cyberpunk 2077: promised or expected features could not get into the final version of the game for reasons of budget or lack of time. It’s a shame for the fans who think Cyberpunk 2077 was so close to becoming an incredible game and it just needed a little more time to leak before it was launched. Although getting around Night City by car can be fun, some players prefer an alternative mode of transport. There are several subway stations in Night City that otherwise don’t seem to perform any function, but the subway mod allows players to get into one of the cars and travel around the region, admiring the views from the third or first person. This feature is by no means perfect, but it is a great addition to the game and makes the vibrant urban environment of Cyberpunk 2077 more lively and functional.

Crowd behavior and the appearance of the police

One of the main aspects of Cyberpunk 2077 is a role-playing game. While players can spend a lot of time creating their own unique V, making a name for themselves and building relationships with non-player characters, some elements of the role-playing game may seem a bit superficial. Night City is an incredibly diverse location, but sometimes the crowds can seem a little two-dimensional, and this makes it very difficult for the player to immerse himself. Some of the updates were aimed at improving AI and crowd behavior, but the Alternate Crowd Behavior mod really takes this to a new level and makes non-player characters more realistic.

The function and frequency of police appearance in Night City is another element that has been sharply criticized, and players felt that they did not have a scale of responses to certain player actions. The Enhanced Police mod allows the police to appear next to the player or further away, depending on the threat level, which makes it a more interesting and complex feature and increases the credibility of the world.

Similar to the Watchdog mechanics, the Kiroshi Opticals crowd Scanner allows players to use the V scan feature to highlight non-player characters and reveal a procedurally generated backstory based on their appearance and other factors. While this is by no means an extensive exploration of their character, nor will it really exist outside of the player’s own headcanon, it’s still a really fun tool to help uncover the inhabitants of Night City and make Vee feel like they’re really looking inside. the lives of these people.