Home Celebrity The best Chinese dramas of 2020 you must see 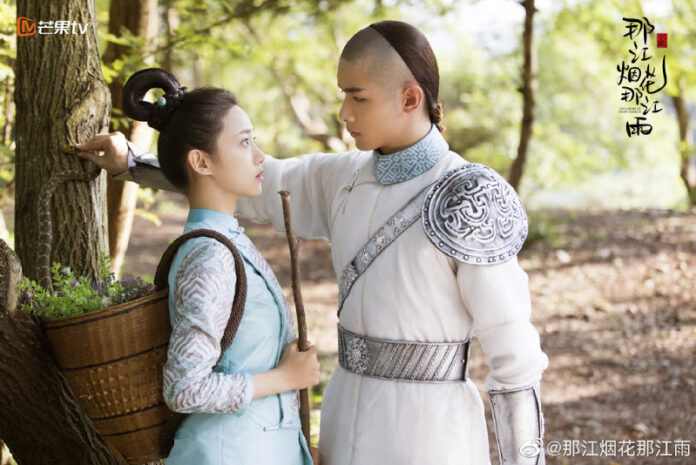 Chinese Dramas have become some of our favorite productions this year. Entertainment from China continues to gain traction and so far in 2020, we’ve seen some great stories begin through dramas from this country.

Are you already watching some of these series? If you are looking for something new to watch or are just willing to start another drama while waiting for the next chapter of the one you are currently watching, Chinese dramas will be a great alternative for you.

We invite you to take a look at some of the best stories that have been released in 2020 and some others that we will see soon.

It tells the story of a makeup artist who, upon meeting her boss, encounters a clash of personalities but also many tangles. Meng Hui suffers from multiple personality disorder and, one day after suffering an attack, begins to claim the CEO of a cosmetics company as her boyfriend, the most unexpected thing happens when she returns to calm and meets this boy stating that From now on they will be a couple, what led you to make this decision?

It is a historical drama about two sisters who must separate. One of them enters the palace and, when the other finds out, she decides to do the same, although initially she is interested in cooking, an unexpected turn will lead her to start in the field of medicine.

It tells the story of an event organizer who goes back in time to 2010 and will have to help a boy to become the leader of his family’s company, the time he has to fulfill this mission is limited and only by having success may return to the time that corresponds to it.

The parents of a popular actress get her an arranged marriage, she has been involved in scandals, but refuses to marry that way. One day she meets a doctor who steals her heart, but he is someone used to girls falling in love with him and therefore, he is not interested in relationships, very soon she will discover that meeting this doctor was part of her destiny

A girl ends her relationship after someone publicly exposed that her boyfriend was unfaithful to her. Later on, she goes to a job interview and, although she is accepted, she will meet the person who revealed her boyfriend’s infidelity publicly.

A man and a woman will see their lives take a turn overnight, while he was a lucky man who suddenly loses everything, she was a girl who suddenly becomes famous.

Two passionate athletes on ice meet again while chasing their dreams, they were classmates at school, the girl used to tease him due to his shy personality, but now that they have grown up he has great popularity and she has a career still uncertain. He will make her pay for the mistreatment she suffered by making her his assistant but fate will chart a new path for them.

The legend of Xia Chou

This drama will premiere in December and tells the story of Xia Chou, she married the emperor through an arranged marriage, however, her personality, the policies she creates and the way she works in power manages to make him fall in love. emperor.

“You” — Millie Bobby Brown to play Henry Cavill in Enola...