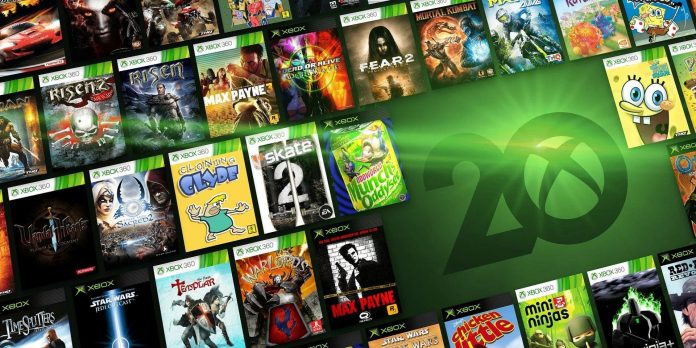 Microsoft’s big conference for 2022 has passed, and despite the lack of specific release dates for the next twelve months, there are many great backward-compatible games to play on the Xbox Series X/S. Although Microsoft has announced the discontinuation of future support for backward-compatible games due to a lack of technological advances and licensing issues, there is nothing wrong with the currently available library. This year looks relatively scarce on releases, not to mention exclusives for Microsoft’s flagship consoles. In the meantime, it’s worth taking a look at the legacy of console support, starting with the original Xbox.

Microsoft did something that most companies actively avoided — it suggested that people want to return to their library of classic Xbox games. While some scoffed at this, Microsoft used this lack of competitive interest to its advantage and sought to further refresh its tarnished image by upgrading its emulation software. Microsoft sought not only to transfer the classics to new consoles, but also to put it on a par with modified improvements previously available only for PCs, thanks to the efforts of devoted fans. Previously, Nintendo was the undisputed king of the digital catalog service, until earlier this year they unceremoniously stopped supporting legacy consoles, which made it impossible to add currency to Wii U or 3DS E-shop stores. Instead, Nintendo is seeking to attract its fans to the Nintendo Switch online service, which has been met mostly with hostility due to infrequent catalog updates and various issues related to the re-release of games.

Since companies like Sony offer a service similar to Game Pass, offering classic games through the recently revamped PlayStation Plus service, Microsoft may have had an impact. The attitude of large companies towards classic games has changed, apparently seeing the financial potential in repurposing their old catalogs as part of broader subscription service offerings. However, despite the efforts of Nintendo and Sony, Microsoft’s backward compatibility support has proved to be the most consistent and successful. In addition to the huge catalog available in the Game Pass, Microsoft also allowed you to buy and use original discs (if any) for the game without a subscription. These games can be played, but some of them have also seen incredible improvements in the quality of life, for example, many Xbox games have received an increase in FPS to 120 FPS and graphical scaling to 4K. Due to the lack of major confirmed games for 2022, here is a list of the best Xbox and Xbox 360 games that are well out of date and play great on the latest Xbox consoles.

FromSoftware has a diverse career spanning several genres of games. Otogi: Myth of Demons and Otogi 2: Immortal Warriors were released on the original Xbox, which allowed the Japanese publisher to apply a unique approach to the myths of his country. Otogi, a hack and slash game in the same vein as Devil May Cry, has become a vital experiment, as the games from Software Soulsborne owe their existence to these two games.

Otogi 1 and 2 were an impressive demonstration of the original Xbox technology. The environment was destructible, the movement was fast and smooth, and the overall presentation could rival many AAA games of the time. The second title has improved significantly from the original and included several playable characters, and players can find more fun by skipping the original altogether. Despite this, it’s a great, albeit harsh experience that shows a peak moment in the critically acclaimed Elden Ring developer lifecycle. Xbox is the only way to play these two classic games, as Otogi: Myth of Demons and Otogi 2: Immortal Warriors have never been released on any other platform.

EA Dice has had a rougher reputation lately, releasing problematic games like Battlefield 2042. However, once a Swedish developer broke the pattern and decided to create a one-of-a-kind game, a game about the thrill of free running. Mirror’s Edge was a visually striking first-person action game about a character named Faith who sought to escape from the yoke of a semi-futuristic, big brother-like government with the help of a runner. Runners delivered parcels and information to escape from the watchful eyes of this obsessively beautiful city of glass. The clear color scheme of the world, perfect angles and depressingly clear image simultaneously created a sense of surprise and anxiety, giving players the opportunity to see the world as Faith sees it.

When the main focus of all game genres were third- and first-person shooters, Mirror’s Edge, filled with parkour, became an alternative to shooters of that time.

Maya Refico & Interview with Maria Pyles: The Original Sin of...