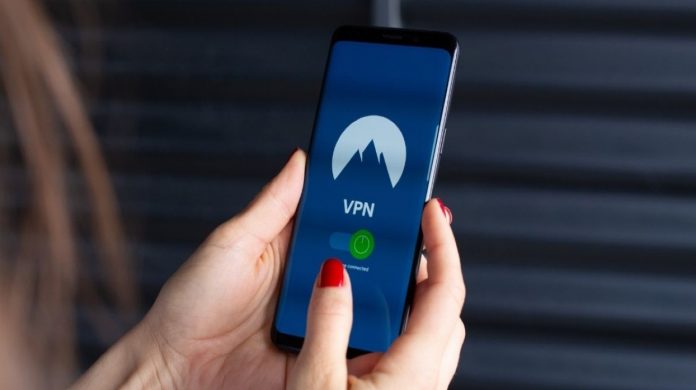 In this period when we have to work from home due to the pandemic, using a VPN application to protect our privacy has become a must. Since we work remotely, it is important that your data, passwords and many important documents related to your business do not fall into dangerous hands. Using a VPN app on your Android phone or tablet will help protect your privacy. We are here with a list of the best “Android VPN apps”.

Android VPN applications are becoming more popular day by day, not only for business, but also for restricted applications, websites and various platforms in the country you live in, which you can access smoothly and securely.

If you can’t decide which Android VPN app is the most suitable for you and hundreds of VPN apps appear when you search the Google Play Store, you can check out our list of the best Android VPN apps we have prepared for you.

ExpressVPN will meet your expectations if you want to make no compromises on security and privacy. This VPN application, which offers a very secure connection to its users with its user-friendly interface and 24/7 customer support, is one of the best Android VPN applications in terms of speed.

ExpressVPN, one of the most used VPN applications worldwide with more than 3,000 servers in 94 countries, offers service in 16 different languages. On the security side, the application, which uses 256-bit AES encryption method, blocks your internet until the connection is re-established to prevent your data from being exposed in case of sudden disconnections. In this way, your data and privacy are not exposed.

If you’re looking for a VPN app for Android, ExpressVPN is an app that you can download to your device with peace of mind. Although the subscription fee is a bit high, this app, which has 10 million or more downloads in the Google Play Store, demands a monthly subscription fee of $ 7 for a one-year plan.

Hotspot Shield is one of the top Android VPN applications that are generally known as free but make a difference with its paid version. This VPN application, which has approximately 3,200 servers in more than 80 countries, allows you to connect in the shortest time and in the fastest way possible.

Hotspot Shield, which uses 256 bit AES encryption method just like ExpressVPN, also uses Hotspot Shield’s Catapult Hydra protocol. The VPN application, where you can connect from 5 different devices at the same time, is one of the user-friendly VPN applications with its simple and easy design.

As we have mentioned above, Hotspot Shield, which has both paid and free versions, gives its users confidence by giving a full refund within 7 days. This Android VPN application, which prefers simplicity and speed, demands a monthly subscription fee of $ 3 for a three-year plan.

IPVanish, one of the most notable applications among Android VPN services, is one of the most preferred applications due to its customizable interface and settings. Serving with more than 1600 servers in 75 countries, IPVanish never records your identity data and attaches great importance to privacy.

Using a 256-bit AES encryption method, IPVanish offers unlimited device connections at the same time. In addition, it increases security with a Kill Switch feature that ensures that your data is not exposed in case of any disconnection. This Android VPN application, which you can customize in terms of its design and interface, offers you many powers such as creating visual graphics and changing LAN settings.

Offering a 30-day full refund guarantee to its users if they do not like the application, IPVanish also manages to get full marks with 24/7 customer support. Combining security, speed and design, this VPN app charges a $ 4 subscription fee for a one-year plan.

Surfshark, one of the first services that comes to mind when it comes to VPN application for Android, may be suitable for you if you want top-level security and privacy. Having over 3,200 servers in 65 different countries, this Android VPN app never logs your identity data and takes privacy very seriously.

While Surfshark provides unlimited device connections at the same time, it draws attention with its features such as Kill Switch that increase security to the highest level. Surfshark, which stands out from its competitors with its premium features such as ad blocking and malware, stands out as a user-friendly Android VPN service with a very simple and easy interface.

NordVPN, which we have placed at the bottom of our list, is one of the rare VPN services that get full points in its users. Serving with more than 5,200 servers in 62 countries, this Android VPN application stands out from its competitors with its speed and military-grade security encryption system.

NordVPN, which enables connection to six different devices at the same time, does not keep track of your identity data. NordVPN, which is very user-friendly in terms of interface, also makes a name for itself on the security side. The Android VPN application using 256 bit AES encryption method is one of the most reliable VPN services with Kill Switch, double encryption and P2P support.

Receiving full marks from users with 24/7 customer support, NordVPN provides its users with a full refund within 30 days. NordVPN, which is well ahead of its competitors on the speed side, charges users a subscription fee of $ 4 for a two-year plan. NordVPN, which you can easily download to your Android device, is among the best VPN services.

If you are using an Android device, you can share with us which VPN application you prefer and why in the comments.