Home Sport The Belgian Grand Prix in Formula 1 is over: fed up with... 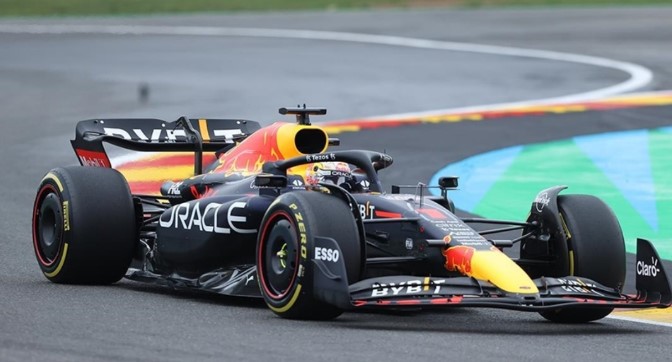 The Belgian Grand Prix, which could not be held last year due to heavy rain, took place this year. The race, in which the contenders for the championship started from the back rows, was the scene of many transitions.

The summer break in Formula 1 has come to an end, and the long-awaited car festival took place in Belgium, at the legendary Spa circuit. There were also a lot of gears in the race, where six drivers were fined for bringing their “new toys” and starting from the back row.

Six riders who replaced the engine and some other components after the summer break were fined at the end of qualifying and sent to the end of the starting grid. Among these drivers were the reigning champion Verstappen and his main rival Charles Leclerc.

From the back up

The race started with enthusiasm: two former champions and two former teammates Fernando Alonso and Lewis Hamilton made contact on the first lap. After this contact, Hamilton slowed down due to a malfunction of the chassis of his car and withdrew from the race. Thus, Hamilton, the only driver to complete all races this season, dropped out of the race for the first time in 2022. Soon Valtteri Bottas, who was trying to escape from the rotation of Latifah, was able to stop, hitting the wall, and dropped out of the race.

Verstappen, one of the candidates for champions, started the race from 14th place and finished first. Thus, he became the second name in the history of Formula 1, starting with a double-digit number in two races in a row and finishing first. Perez took second place. Thus, Red Bull made its 4th double this year. Ferrari driver Sainz, who started the race with the first pocket, took third place, and Russell and Leclerc took it. However, due to the fact that Leclerc received a 5-second penalty, he dropped to 6th place and was replaced by Alonso. Esteban Ocon, Sebastian Vettel, Pierre Gasly and Alex Albon rounded out the top ten. The fastest lap also went to Verstappen.

The next race of the season in Formula 1 will be held in the Netherlands on September 02-04.