Home Entertainment “The Bear” has been renewed for season 2 on FX, but why... 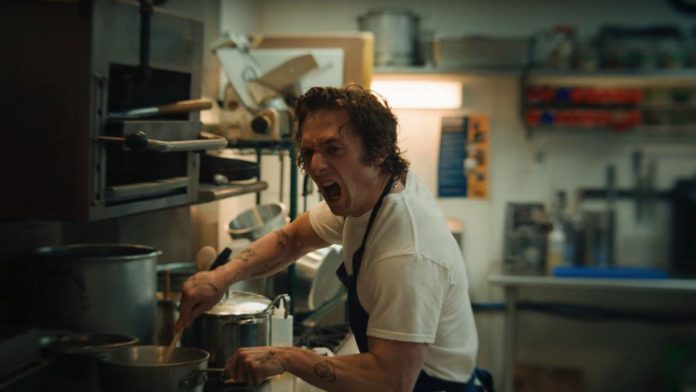 TV is known for producing both huge hits and cancelled-after-one-season flops. No one ever knows what’s going to be the next Stranger Things-style record breaker with the public, so when something like FX’s The Bear becomes the next social media star, the buzz is usually pretty loud. As the network has renewed the series that is also currently enthralling Hulu subscribers, there’s been a tide of messages from real-life chefs and former service industry workers who have found the show a bit hard to watch.

For reference, the first season of The Bear debuted towards the end of Hulu’s June 2022 schedule. With all eight episodes available at once, folks could binge the show as quickly or as slowly as they might want to. Apparently, a lot of people went for the quick options, as the public’s appreciation has been strong, and even FX Entertainment President Eric Schrier was pretty surprised. He admitted it’s “exceeded expectations” in the official statement for The Bear’s Season 2 renewal:

The Bear has exceeded our wildest creative, critical and commercial expectations. We deeply appreciate the brilliant work led by Creator and Co-Showrunner Christopher Storer and Co-Showrunner Joanna Calo. Jeremy Allen White’s lead performance is spectacular, as are those of his co-stars Ebon Moss-Bachrach, Ayo Edebiri, Abby Elliott, Lionel Boyce and Liza Colón-Zayas. We can’t wait to get to work on Season 2.

If you happen to hear your friends saying “Yes Chef” whenever you ask them to do something, or if someone walking behind you yells “Corner,” you can thank The Bear (or a career in the service industry) for that. However, there’s still the matter of trained kitchen professionals who admire, and fear, the fact that the series has nailed the true pressure cooker that is a restaurant kitchen.

Why The Bear Has Been Triggering Chefs And Service Industry Workers

As a reaction to The Bear’s meteoric success, Bon Appetit ran a piece interviewing chefs with professional kitchen experience about how they felt in regards to the show. Apparently former pastry chef Riley Redfern’s reaction from that interview was based off of the first episode alone, as she couldn’t get past that episode for the following reason:

I know I didn’t get far enough in the series to see where it wrapped up, but I was like, I can’t have this in my brain.

I’ll admit, the first episode of The Bear is pure electric adrenaline. It’s part of what hooked me into the series in the first place, but I’ve never worked in a restaurant kitchen. So I can see where the trauma of that fast paced profession would come into play.

This notion was further backed by Alix Baker, private chef and Chopped winner, who really identified with the protagonist Carmen “Carmy” Berzatto, played by Shameless vet Jeremy Allen White. The particular aspects of his character that stuck out to Baker are these stark examples:

Like Carmy, I had nightmares about expediting food to the wrong table, burning my mise en place, and our produce order not showing up on time.

And then there’s the social media reactions. Screenwriter/author Joshua Hull tweeted this message about loving the series, while also highlighting his own point of trauma during the eight episode run:

THE BEAR is wonderful. [Matty] Matheson’s involvement really helps bring the chaos and energy of working in a kitchen/restaurant to life. But… episode 7 damn near gave me PTSD from my days of running a kitchen. #TheBear

Episode 7, which bears the title “Review,” is one of the milestones that The Bear’s fans have asked newbies for opinions on. It’s a pretty intense episode, which actually matches, if not surpasses, that of the first episode, “System.” Circling back to that kickoff story is the reaction of critic/entertainment writer Walter Chaw, who also needed some time to cool off after ending that initial chapter:

“The Bear” is simultaneously giving me a post-traumatic panic attack and making me miss being in the kitchen so I guess I can say it nails the addictive quality of having your ass handed to you constantly by a thankless job AND ALSO the glory of working in a team that gets it. I’m not kidding about the panic attack. After the first episode, I got up and walked around the block.

Closing things out on a slightly more humorous level is user CherieAmours. Accuracy is king when it comes to their feedback on The Bear, right down to the handful of touches mentioned below:

We binged The Bear (Hulu) last weekend. The accuracy of the series brought up so many memories. I mean, if you haven’t used a quart container as a drinking cup, or cried in the walk-in, can you *really* say you’ve worked in a kitchen?

Basically, if you enjoy the style and brutality of Whiplash, but want to see that in a professional kitchen setting, The Bear is for you. Though it can be said the FX series may lose out in the insult department, as J.K. Simmons’ blisteringly best put downs really went hard. Guess that’s something to look out for in Season 2.

The Bear is currently running on Hulu, with its entire first season available to stream already. Season 2 will debut at some point in 2023, so you might want to check out the 2022 TV schedule in the meantime. Or, if you’ve already taken this trip and want to discover what to watch if you like The Bear, that order’s already up.

Update of the sequel of the film Face/Off 2 from the...