Home Entertainment The Batwoman star shared a funny coincidence of “Avengers 5” with the... 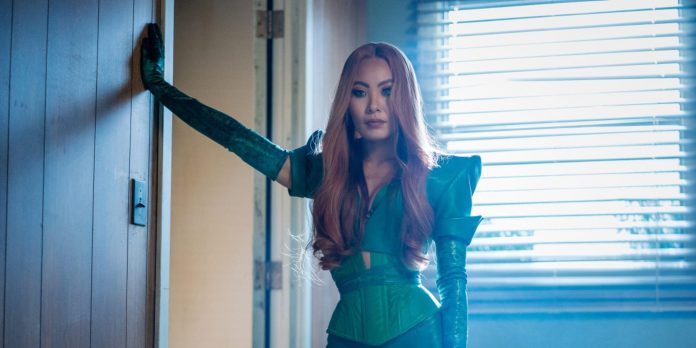 Nicole Kang, who played Mary Hamilton in The Batwoman series, took the humorous opportunity to campaign for a role in Marvel’s upcoming Avengers: The Kang Dynasty. Batwoman was a short-lived entry in the CW series Arrowverse, featuring shows such as Arrow, The Flash, Supergirl, and Legends of Tomorrow. The show had problems with the main actor, but still managed to survive three seasons, even with a change in who played the titular Batwoman. Kang portrayed Mary Hamilton, a minor character who helped Batwoman before she became infected with Pamela Easley’s vines, turning her into another Poison Ivy.

Marvel recently made massive announcements at Comic-Con in San Diego, offering its cast for the entire Phase 5. It is set to begin with “Ant-Man and the Wasp: Quantum Mania” next year after phase 4 concludes with “Black Panther: Wakanda Forever” in November. . Marvel has also unveiled some plans for the sixth phase, which includes the long-awaited “Fantastic Four” and a two-part cap of what is now known as the “Multiverse Saga,” including “Avengers: The Kang Dynasty” and “Avengers: Secret Wars.” While Marvel still has plenty of surprises, with set release dates but no titles to accompany them, the MCU is now slated for late 2025.

With all the Marvel announcements sweeping the news cycle, Kang took to Twitter to humorously campaign for a role in Avengers: The Kang Dynasty. Pronouncing the title of the film in capital letters, Kang admits that she heard a miracle, adding that her ancestors heard them too, before asking, “Are we doing this??” Although “Avengers 5” is still a long way off, the actress can’t help but feel that her destiny is to be a part of the film.

Kang is not the first actor to have fun in “Avengers: Kang Dynasty.” For example, Ken Jeong recently made a funny post in which he was photoshopped to the face of Kang the Conqueror, and the title of the film was changed to “Chang Dynasty” in connection with his character from the “Community”. However, given that Kang’s name coincides with the title of the film, her appeal to fate seems almost appropriate.

Although Kang may end up in Avengers 5, there are few details about the film, given the time before its release. However, MCU viewers know that Jonathan Majors will play Kang throughout the ongoing Multiverse saga. Major first appeared in “Loki” on Disney+, and then he will appear in “Ant-Man and the Wasp: Quantomania”, and various other appearances are likely to occur over the next two phases of the MCU. So while Kang can only have fun fighting for the role, the Batwoman star can still enter the MCU with plenty of time before “Avengers: Kang Dynasty.”