Home Entertainment The battle with the cavalry boss in Elven King Night ends in... 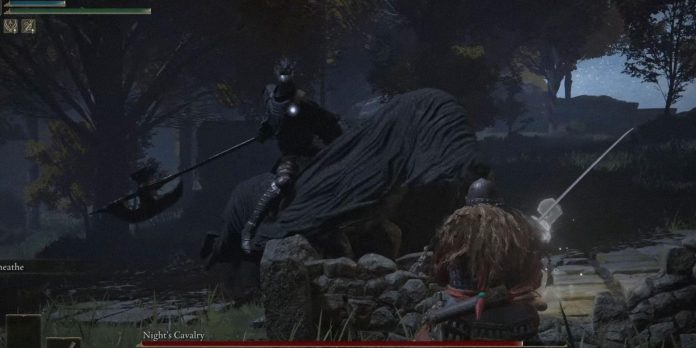 There are several challenging bosses in Elden Ring, both in old dungeons and in the open world. Players will encounter a lot of cool mini-bosses just wandering around the map, but most of them can be ignored as users are not expected to fight them to finish the main story. These Elden Ring bosses can be challenged at any time, and they all have a specific location on the map.

The Night Cavalry is a group of optional bosses in the Elden Ring that only appear at night and fight on horseback. Players can challenge them in different places in the Midlands, and defeating them often gives a unique skill. Fans of Elden Ring have experienced a lot of absurd interactions with artificial intelligence and the mechanics of the game since its release, and one user added a new clip to this list showing the bizarre ending of their battle with the mini-boss Night’s Cavalry.

A Reddit user under the nickname rbmbox shared a clip of his meeting with the boss. It shows rbmbox fighting on horseback, and it seems that they are winning the battle. By hitting him several times with their sword, they deplete about half of his health, causing him to fall off his horse. However, the boss of the Night Cavalry dies on landing, despite the fact that he has half of his health left. The fall causes more than 900 damage and gives victory to the puzzled rbmbox, who makes this post on Reddit in the hope of finding an explanation.

Get off the high horse! (No, seriously. What happened here?) from Eldenring

Many users joke about how the boss died by falling on his back, with one referring to a famous scene from Persona 5. However, some believe that this is a mistake in the Elden Ring. As you can see from the video, rbmbox deals fire damage with every swing of the sword, and many believe that this was the cause of this incident. It looks like enemies on horseback, such as Kaiden Sellswords, Night’s Cavalry and Nox Swordstress, will die instantly if their vehicle is killed by fire.

MochichiMike believes that crashing instantly kills Elden Ring bosses if players can activate a status effect when they enter another phase of combat. User Dan_Onymous mentions that they killed most of the Night Cavalry bosses using the same method, and this bug has reportedly been present in the FromSoftware engine since Dark Souls 1. Some fans also recommend taking advantage of this glitch, since FromSoftware releases regular updates for Elden Ring, the latest version of which is patch 1.05.

John Wick: Keanu Reeves Reveals Some of His Own Ideas for...

Escape from Tarkov Win Gameplay From The Map Streets of Tarkov