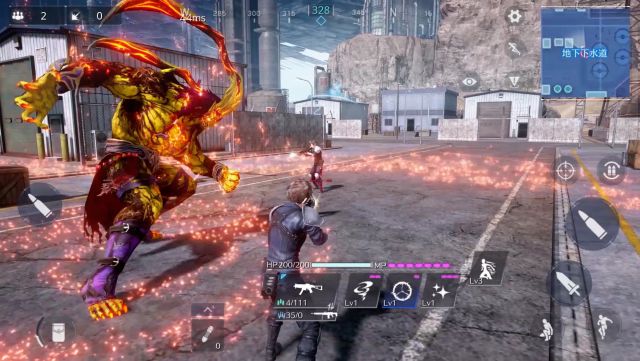 Final Fantasy VII: Square Enix’s upcoming free-to-play battle royale discovers its release date on iOS and Android through its spectacular new opening scene. Final Fantasy VII: The First Soldier, Square Enix’s next free-to-play battle royale for mobile phones and inspired by the popular JRPG saga, already has a confirmed release date on both iOS and Android: November 17, 2021. So It has been shared by those in charge through a new and spectacular cinematic scene as an introduction that you can see at the head of this news. Thus, fans who eagerly await the second part of Final Fantasy VII Remake will be able to enjoy a very different proposal but that points out ways within the battle royale genre.

Thus, the next release of Final Fantasy VII: The First Soldier on iOS and Android devices will be simultaneously all over the world, so we will not have to be aware of different time zones to start the frantic battles to become Soldiers. by Shinra.

“You will have to choose a combat style, such as the style of the warrior or the sorcerer, and then rid yourself of the rest of the candidates using any method you can think of. Firearms, melee, magic … The choice is yours ”, they assure from Square Enix.

And it is that this new battle royale proposal aims to rival the great heavyweights of the genre on mobile phones. To do this, he will use the Final Fantasy VII universe, tons of customization and unlockables, frenzied action for up to 75 simultaneous players and a truly eye-catching staging.

Final Fantasy VII: The First Soldier will be available on November 17, 2021 on both the App Store and Google Play, completely free of charge with micro-payment options. Also, let’s remember that pre-registration is open to get interesting rewards.