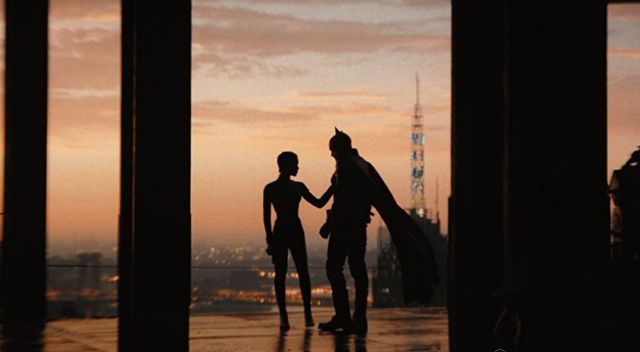 The Batman: Warner Bros publishes a new trailer for The Batman loaded with action. The bat and Catwoman are the protagonists of this preview. The Batman reveals new material through its latest trailer. Catwoman takes center stage in this portrait of Bruce Wayne’s life. Robert Pattinson dons the bat costume in one of the darkest superhero movies. You can see the trailer at the top of this news.

As we said, the cast is headed by Robert Pattinson. He will be followed by Colin Farrell (Oswald Cobblepot), Zoë Kravitz (Selina Kyle), Paul Dano (Edward Nashton), Andy Serkis (Alfred Pennyworth), Jeffrey Wright (James Gordon) and John Turturro (Carmine Falcone), among others. The Batman will be released in theaters in our country on March 4, 2022.

The Godfather was one of the influences for Colin Farrell

It does not ignore the statements of Colin Farrell, who will take the role of The Penguin in the film. He recently revealed that his director told him about Fredo Corleone, a key character in The Godfather, and his relevance to playing the mobster.

“[Reeves, the director] told me about Fredo, because Fredo is hurt by the insignificance that he lives in a family full of very strong, intelligent, capable and violent men,” reveals Farrel in an interview with Empire. “That is why he commits the betrayal that he did, because he is weak and somehow broken, he feels the pain. There’s a kind of fracture inside Oz, which is what fuels his desire and ambition to grow up the criminal ladder. Where is that promotion going… I would love to be able to explore it in a second movie, if it ever happens, ”he concludes. You can read the full statements here.

It has not been the only film that he has taken as an influence. Stephen King’s Christine was taken into account when designing the new Batmobile. In this link you will find all the details.

The difficult story of the release of the Disney cartoon “Princess...