Home Entertainment The Batman, New Trailer In Spanish: This Is How Robert Pattinson Sounds... 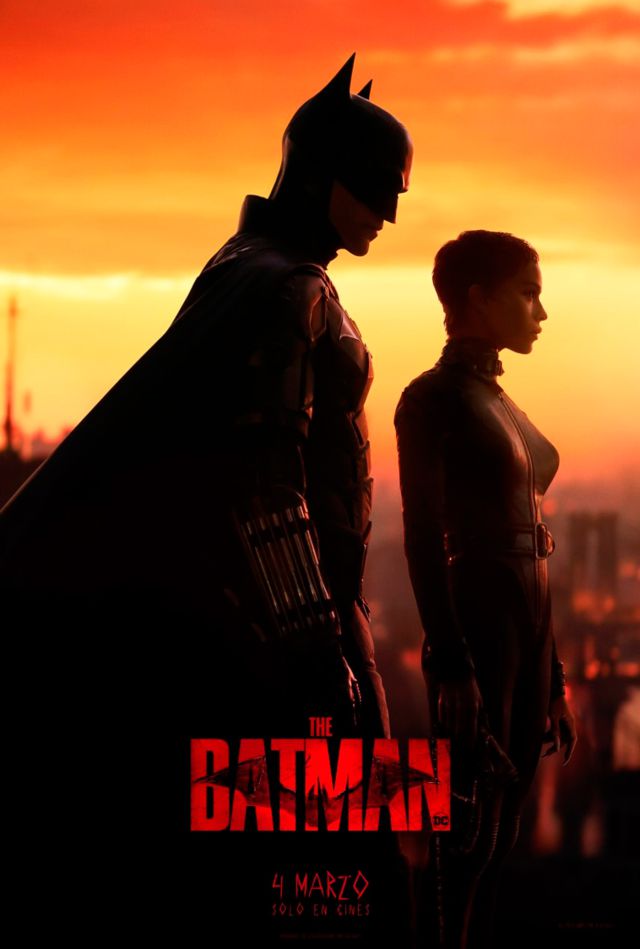 The Batman: Warner Bros. Spain distributes the latest published trailer of the new DC movie with Spanish dubbing; This is how Batman and Catwoman sound in Spanish.
The Batman, the new Warner Bros. and DC movie directed by Matt Reeves and starring Robert Pattinson as Batman/Bruce Wayne, has shared its latest trailer recently released, now dubbed into Spanish. This has been shared by Warner Bros. Spain through its official channels, demonstrating once again how Batman, Catwoman or Enigma, among others, sound in our language.

This is how Batman and Catwoman sound in Spanish

Taking advantage of the occasion, Warner has distributed a new poster that you can see below, reminding us that the film will hit theaters on March 4, 2022. The total duration of the film was recently confirmed, becoming the film of the Longest Dark Knight in history. We leave you with its official synopsis:

“After two years stalking the city streets as Batman (Robert Pattinson) and striking fear into the wicked minds of criminals, Bruce Wayne is deep in the shadows of Gotham City. This lone vigilante has few trusted allies – Alfred Pennyworth (Andy Serkis), Lieutenant James Gordon (Jeffrey Wright) – among the city’s corrupt network of high-profile figures and officers. And that has led him to become the only incarnation of revenge among his fellow citizens.”

“When an assassin targets Gotham’s elite with a series of sadistic machinations, a trail of cryptic clues leads the World’s Best Detective on an underworld investigation, where he crosses paths with the likes of Selina Kyle/aka Catwoman (Zoë Kravitz ), Oswald Cobblepot/aka The Penguin (Colin Farrell), Carmine Falcone (John Turturro), and Edward Nashton/aka The Riddler (Paul Dano). As the evidence draws closer to home and the scale of the perpetrator’s plans becomes clearer, Batman must forge new relationships, unmask the culprit, and bring justice to the abuse of power and corruption that have long ravaged Gotham City. ”, we can read in its official synopsis.