Home Entertainment The Batman: New Image and Teaser With The Voice of Robert Pattinson... 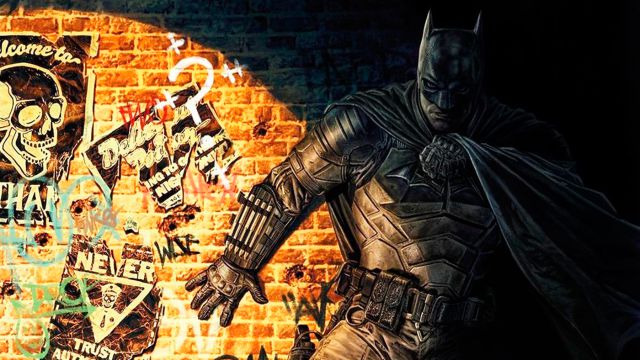 The Batman: Matt Reeves shares a shot of the trailer for his next movie that we will see tomorrow at the DC event; that’s how Batman’s voice sounds.A few hours before the 2021 edition of the DC FanDome, director Matt Reeves has shared a new image of his next film The Batman, whose new trailer we can see as part of the content of the event that DC is preparing with Warner Bros. In addition, DC has shared a short animated teaser of the new feature film The Dark Knight, with the voice of Robert Pattinson himself warning that “it is not only a call, it is a warning”, in reference to the classic Bat-signal.

New teaser for the Batman before the DC FanDome

Thus, and as the filmmaker points out, this new “trailer shot” image is a capture of the trailer that we will see tomorrow at the DC FanDome, an image of Batman from behind observing a general shot of Gotham, at dawn: “Good morning , from Gotham City … I can’t wait to show you more at the DC FanDome this Saturday, ”writes Matt Reeves himself next to the image.

On the other hand, DC has shared a short animated teaser through its Twitter account, offering a new look at the style of the film with the Bat-signal as the main claim along with some words from Robert Pattinson himself playing the Dark Knight: “ It is not only a call, it is a warning ”. The Batman is scheduled to premiere in theaters on March 4, 2022.

In this new edition of DC FanDome we will see both the new trailer for The Batman and new material from films such as The Flash, Black Adam or Shazam! Fury of the Gods, as well as series like Peacemaker, Superman & Lois and much more. So much so, that names such as Robert Pattinson, Zoë Kravitz and Matt Reeves (The Batman), Dwayne Johnson (Black Adam), Ezra Miller (The Flash) or Jason Momoa and Yahya Abdul-Mateen II (Aquaman) have already been confirmed. and the Lost Kingdom), in addition to part of the cast of series such as Peacemaker, Batgirl, Titans, Supergil or the filmmaker JJ Abrams, who is now working on new Superman and Zatanna projects.

Kim Seon Ho and more as hosts of The Fact Music...