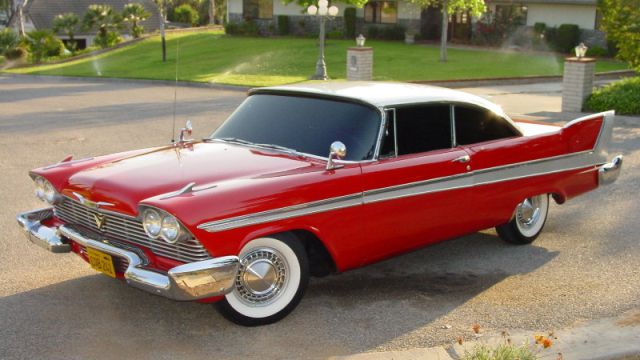 The Batman: Matt Reeves wants the car to be a horror figure. For this reason, he has compared it to the fearsome ’58 Plymouth Fury that we saw in the famous novel. The Batman is one of the most anticipated films of the first months of 2022 (March 4 in theaters). The community is preparing for what will be a restart for the saga and will show us the most terrifying version of the Dark Knight, who will once again have his inseparable Batmobile. And on this occasion, the director of the film, Matt Reeves, has surprised everyone by sharing what has been his main source of inspiration when designing the spectacular vehicle: none other than Christine from Stephen King ( 1983).

According to Bloody Disgusting, Reeves is clear that the Batmobile must be a terrifying element: “It must appear from the shadows to intimidate, so I thought of it as Christine from Stephen King; I liked the idea of ​​the car being a horror figure unto itself. Something capable of frightening those who persecute Batman ”.

The other great source of inspiration

If the Batmobile is inspired by one of the most popular cars in horror history, a character as relevant as the Penguin could not be less: Fredo Corleone (The Godfather) is the mirror in which Oswald Chsterfield Cobblepot, the well-known villain of the saga. Colin Farrel, the actor who will put himself in the shoes of the character, recently compared his trajectory with that of Corleone himself. You can read the full interview (it contains spoilers about The Godfather) in the following link.

The Batman is scheduled to premiere in theaters in our country for March 4, 2022. The cast is led by Robert Pattinson, who will wear the mask of the Dark Knight. It will be followed by Colin Farrell (Oswald Cobblepot), Zoë Kravitz (Selina Kyle), Paul Dano (Edward Nashton), Andy Serkis (Alfred Pennyworth), Jeffrey Wright (James Gordon) and John Turturro (Carmine Falcone), among others.

Euphoria: This is why Cassie never told her friends that she...