Home Entertainment The Bachelor: Jesse Palmer says a psychologist on set is a “huge... 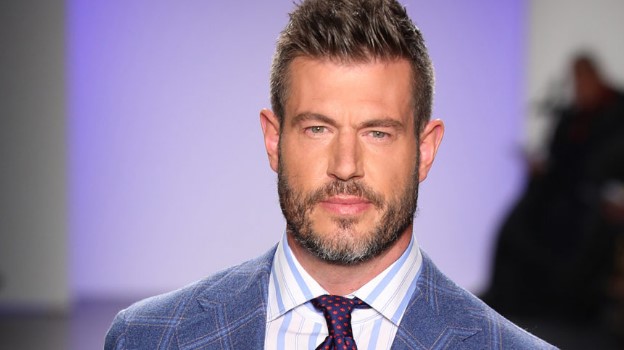 Former “Bachelor” star Jesse Palmer knows how difficult fame can be in reality. After all the backlash Clayton Echard received at the end of season 26, Palmer says having a psychologist on set is crucial.

Ashar’s season of The Bachelor ended with him telling all three women he brought to the Fantasy Suite-Susie Evans, Gabby Windy and Rachel Recchia-that he was in love with them. He also revealed that he had slept with all three contestants. Upon hearing this, Evans dropped out of the contest, causing some fans to criticize Echard on social media.

“I understand if you’re upset about me, but if you’re sitting here and saying: “You’re an advertisement” — “Fuck you, go to your death,” that is, all these comments come every minute,” Echard said. Caitlin Bristow said on the Off the Vine podcast.

The reality TV star also revealed that he receives hundreds of direct messages from angry fans. The 28-year-old noted that some of them are very disturbing.

Everything is going to change. 😳 Get ready for the most dramatic finale of #TheBachelor TONIGHT. pic.twitter.com/8ynrC4eNcA

Jesse Palmer says The Bachelor Franchise Needs Psychologists Now More than Ever
Palmer told how emotional Echard was when his drama as Evans unfolded, Variety reports. The former Good Morning America reporter noted that this was one of the reasons he took the “Bachelor” star outside to talk.

“[Echard] was confused, he was angry, he was desperate, he felt betrayed, didn’t believe, he was in love, there were so many different emotions,” Palmer recalled. “I just felt like someone had to talk to him because he was gaining momentum—he needed to talk to someone other than Susie to just get everything out of his head and try to calm him down a bit.”

Palmer also acknowledged the disturbing messages and threats received by Eshar. The 43-year-old actor suggested that this is why the show keeps psychologists on hand.

“We always have psychologists on set who are currently talking to the bachelor and the bachelorette, as well as the contestants, so that everyone is as mentally healthy as possible,” the former NFL quarterback explained. “This is a huge priority for the show. I don’t think they had that when I was on the show almost 20 years ago.”

Dr. Steven Stein helps participants deal with “emotional” emergencies behind the scenes of “The Bachelor.” In an interview with Fashion Magazine in 2019, the former intelligence expert said that he and other psychologists of the show meet with bachelors and bachelors, “work with stress” and help them decide “what is best for their health in the long run.”

We can feel the tension from here. It's time for Clayton to clear the air with Rachel and Gabby. pic.twitter.com/bDRTq4OVyZ

Dr. Stein acknowledged that some participants may be seen as villains. So he helps them prepare for the negative reaction they might get when the show airs.

“I have to prepare them for what will happen when they go out into the world,” Stein suggested. “The fact that there are already people who can’t stand them, who hate them.”

WiZ debuts in Brazil with the launch of 3 smart lamps