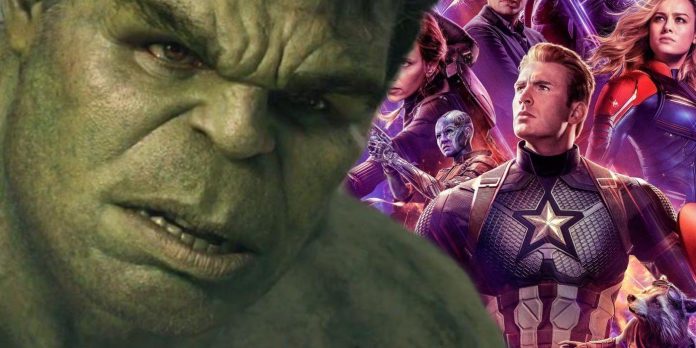 Although the Hulk is one of the strongest heroes in the Marvel universe, as well as the ultimate power of the Avengers, he has not received the trust or respect he has earned throughout the history of comic book creation. The Avengers’ greatest victory proves that they never cared about the Hulk at all.

Despite the fact that Hulk was one of the founders of the Avengers, the rest of the team never treated him as an equal even from the very beginning. In Avengers #1, Loki used the Hulk to take over the world, and this event marked the beginning of the historical unification of Iron Man, Thor, Ant-Man and Wasp — the official formation of the Avengers. Although he initially posed a threat, the Hulk eventually came to his senses and saw Loki as the villain he really was. In fact, the Hulk was an integral part of defeating Loki and helped the Avengers win their first official battle, thereby earning him a place in the newly formed team. However, in the very next issue, Hulk quit the Avengers after the other members treated him horribly—something the team didn’t seem to mind until the time came when they needed his unprecedented strength again.

In “Avengers #17” by Stan Lee and Don Heck, the Avengers are looking for the Hulk in hopes of convincing him to return to the team after a small change in the squad. During the events of this release, the original Avengers decided to take an indefinite leave of absence after finding a suitable replacement. So, the current list of Avengers at this time consisted of Captain America, Hawkeye, Scarlet Witch and Mercury. While each of them was powerful and highly skilled in their own way, the team lacked a member whose pure strength was sufficient to match any villain they might encounter. So, the Avengers track down the Hulk in the desert, where they are unexpectedly captured by the villainous Mole Man.

Being in the clutches of the Mole Man and facing the seemingly inevitable fate of being killed by the villain’s extremely powerful minotaur, the Avengers work together as a team and successfully defeat the Mole Man and his frighteningly powerful monster. After their victory, which marked Captain America’s first historic victory as the leader of the Avengers, the team comes to the conclusion that they don’t really need a heavyweight like the Hulk, and decides to abandon their quest. However, at that time, the Hulk almost died while trying to escape from the clutches of the Leader, and he could well have used the help of the Avengers in that situation. Once the Avengers decided that they didn’t need the Hulk to join their team anymore, they completely lost interest in finding him, despite the fact that he was in mortal danger.

The Hulk’s well-being was the furthest thing the Avengers were thinking about, as the only reason they went looking for him was to use him, proving that the Avengers never really cared about the Hulk as a person, but only cared about him to the best of his usefulness to the team.

Aaron Rodgers’ reaction to the podcaster’s question about how many People...