Home Entertainment The Avengers And Spider-Man In Danger: Marvel Sues Not To Lose Their... 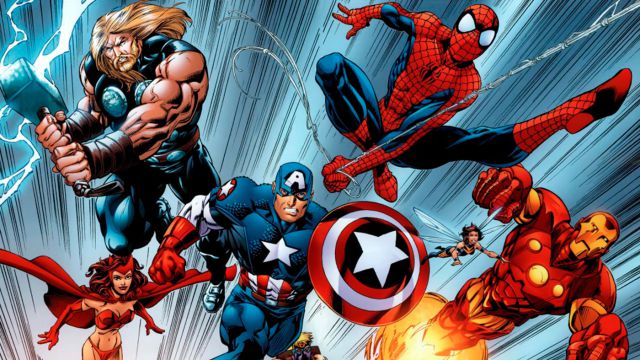 The Avengers: The heirs of comic book artists like Steve Ditko, Stan Lee or Gene Colan want the rights to the characters; Marvel and Disney move tab. After the movement by the administrators of famous artists of Marvel comics such as Steve Ditko through which they intend to claim the rights to characters such as Spider-Man or Doctor Strange, Marvel and Disney have counterattacked by suing to reaffirm their position and protect the rights to his characters, such as the Avengers, Spider-Man, Doctor Strange, Hawkeye, Black Widow and many more. This is collected by The Hollywood Reporter medium, ensuring that this lawsuit is intended to protect the rights of characters as works made to order, always under the ownership of the publisher and its different divisions.

Fight for the rights of Marvel superheroes

And it is that the societies of deceased comic artists intend to seize the rights of characters created or co-created by them under the Marvel seal, rights valued in billions of dollars. Marvel, for its part, alleges that the characters, despite being created to order, belong to the Marvel brand from the beginning, so their earnings (or part of them) cannot be claimed by third parties.

In the event that the artists were considered legal authors, Marvel and Disney would lose ownership of some of the most famous superheroes and their consequent benefits. The plaintiff relies on the fact that according to the law, the authors or heirs can claim the rights assigned to publishers after a certain time, which could cause Marvel to run out of their main names as of June 2023.

Marvel, for its part, will use as its main claim the so-called Marvel working method, by which characters are created in a collaborative environment between artists and publishers. The main representative of the heirs of the Marvel artists, Marc Toberoff, already lost a similar case with DC a few years ago in which he wanted to get the rights to some of his characters.

The Internet reacted to Ryan Gosling’s Ken Scream in “Barbie”