Home Entertainment The author of “Outlander” Diana Gabeldon explains her role in the prequel... 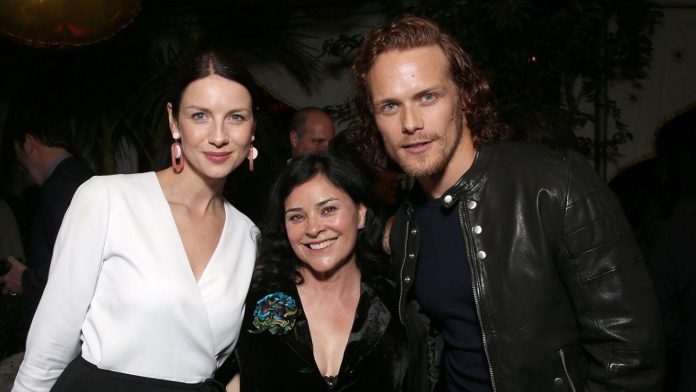 The seventh season of the popular historical drama “Outlander” is just around the corner, but it would be an omission if I didn’t mention that the Starz network is also working on a long-awaited spin-off of “Outlander”. New details have recently emerged about Outlander: The Blood of My Blood, and now author Diana Gabeldon is explaining her role in the series.

When Outlander: Blood of My Blood was first announced, Diana Gabeldon was referred to as a “consulting producer” on the drama. At the time, it was unknown in what capacity she would be involved in the series, but the author wrote on Facebook to talk about how she found out about this role and what she knows about the series. She wrote:

Well…. THIS is interesting…
note that I have no idea what a “consulting producer” is, and no one has talked to me about being one. That doesn’t mean I won’t be participating in the show, but I don’t have any details at the moment.
Yes, I’m writing the story of Brian and Ellen. I have no idea what the timing of the show might be or to what extent the show’s organizers plan to use the book (as far as it exists by that time). “In development” is not the same as getting the green light; it just means they start picking up the pieces.

Gabeldon also noted that she mentioned it because she felt that “everyone would want to know about it.” She probably wasn’t mistaken.

Fans of “Outlander” should be well acquainted with the work of Diana Gabeldon, since without her, the Starz series simply would not exist. At the moment, she has written nine novels, many of which have been shown on television quite accurately (with some changes compared to the books). The tenth book “Outlanders” is in development. She’s also been seen a lot on press tours of Outlander, so people are probably wondering what she can or can’t do for this prequel/spin-off.

The series is a bit like the upcoming prequel “Supernatural” “Winchesters”, which tells the love story and the origin of Sam and Dean’s parents. In this case, the spin-off will follow a similar storyline about Jamie Fraser’s parents, the aforementioned Brian and Ellen. For television, Blood of My Blood will be written by Matthew B. Roberts for the cable network.

The spin-off of “Outlanders” has been waiting for several years. Back in 2018, before the fourth season, Gabeldon expressed interest in the spin-off “Outlanders”. Although nothing has been happening for a while, it looks like we are finally on our way to releasing this series. Fingers crossed, they’ll take him away!

Meanwhile, while the network is working on “Blood of my Blood”, the cast of the 7th season of “Outlander” is replenished with new members. Earlier this summer, it was announced that Izzy Meikle-Small and Joey Phillips will play siblings Rachel Hunter and Dr. Denzell Hunter. Although the premiere date for the upcoming season has not yet been set, series host Sam Heughan announced that season 7 will begin shortly after the cliffhanger in the season finale, and new details continue to leak out.

At the moment, Outlander: Blood of My Blood is only in development on Starz, which means it may be a while before we know if we’ll actually get Jamie’s parents’ love story on our TVs. Although fans have been waiting for the spin-off even longer, they can certainly wait a little longer. In the meantime, check out the CinemaBlend TV program for 2022 to find out what else to expect!

Tokyo Ghoul: Why is Arima so strong?