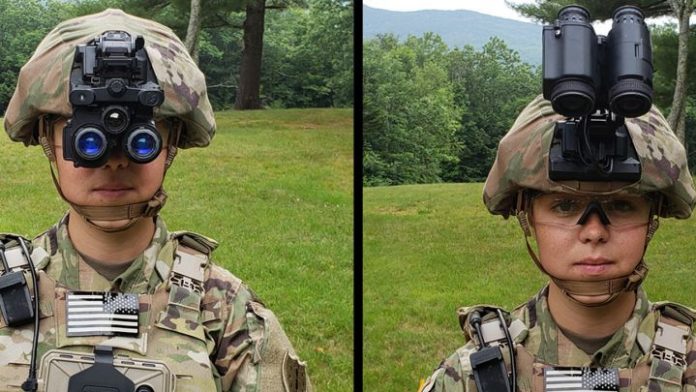 Reality Glasses: When you have a tight budget or you don’t have a budget, war is something you do with what you have at hand. But when you are the United States Army and you have an exorbitant Defense budget, then you can use the best ‘toys’, from lasers to shoot down military-grade drones, to bionic arms for heavy weapons.

Or, as in this case, night vision goggles equipped with AR technology.

The Lancer Brigade has shared a video on Twitter, where it appears performing some maneuvers from the subjective gaze of its new Enhanced Night Vision Goggle-Binocular (ENVG-B) Reality Glasses, as an example of the “efforts” of the US Army to “modernize” its combat strength, which is already difficult to distinguish from what we have seen in some installments of Call of Duty (for when will the exo-suits?)

According to its official notes, the Enhanced Night Vision Binocular (ENVG-B) provides United States Army close combat forces “the ability to observe and maneuver in all weather conditions”, through dark environments, during visibility limited and under all lighting conditions.

This system signifies an evolution in technology that stems from innovative and collaborative efforts between the Soldier Program Executive Office (PEO Soldier), the Soldier Transfunctional Lethality Team (SL-CFT), and the Army Futures Command. (AFC).

The ENVG-B enables the soldier to “see, understand and act first in conditions of limited visibility.” Higher resolution stereoscopic displays allow for faster target acquisition by improving the separation of targets from the background. The ENVG-B increases the lethality, mobility and situational awareness of combatants through state-of-the-art and innovative capabilities such as:

A dual tube binocular system to improve situational awareness and depth perception.
Higher resolution white phosphor tubes instead of the traditional green phosphor which provides better contrast.
A fused thermal camera for better target recognition in degraded visual environments (dust, smoke, zero lighting, underground, etc.)
Inclusion of augmented reality aspects of the Nett Warrior screen.
Wireless interconnectivity with the Family of Weapon Scope-Individual, (FWS-I) that displays the weapon placement reticle on the ENVG-B allowing Soldiers to engage with precision without having to carry the weapon and significantly reducing exposure to the weapon. enemy fire.

Rune Nerf On The Road That Made Some Champions ‘Unbeatable’ In...