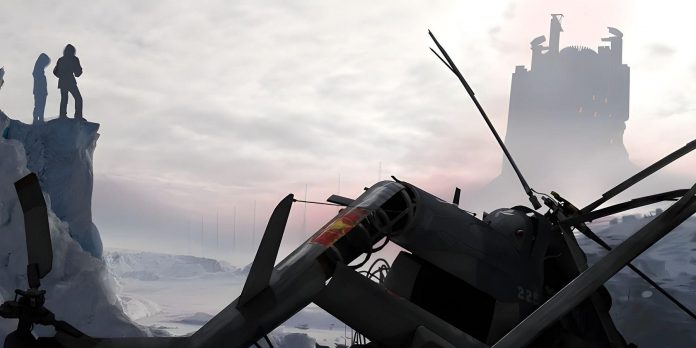 Half-Life 3 is a real unicorn among video games — one of the most long—awaited, but seemingly impossible projects of Valve, which marked the beginning of a meme about Gabe Newell, CEO of Valve, unable to count to three. Apparently, the game is not really being developed at the moment, although leaks of pre-production materials have become commonplace over the past couple of years.

In fact, one of the artists who worked with Valve to create the Half-Life 3 concept art, David McGreevy, announced that he was scanning and archiving his work, and that it would all be available online in due course. Meanwhile, McGreevy has revealed some curious new details, some of which suggest that Valve had really important plans for its flagship release before it flopped.

According to McGreevy, he has worked on about 50 unique concept art that has never been published before, and his conservation efforts may shed additional light on existing details about the cancellation of Half-Life 3. As a concept artist, McGreevy’s work is assured. to reflect some of the events of the narrative and the disclosure of the backstory that were supposed to happen within HL3, which should definitely be intrigued by fans of the franchise.

Curiously, although this is not the first time that Half-Life 3 concept art has been exhibited online, McGreevy’s work has never been seen before, judging by their appearance. While other well-known developers have already shared some details about the production of the game, such as an explanation of the ending of Half-Life 3 by Mark Laidlaw, McGreevy has not previously talked about his work on the project. This makes his concept especially important for preserving this key chapter of the game’s history.

McGreevy also agrees with this assessment, as he now painstakingly reviews and catalogues all his previous works. He seems to have about 1,500 Valve-related items in his collection, and he intends to keep them all digitally for his personal collection, as well as show most of them to fans online. According to rumors, the Half-Life RTS game can still use some of his works of art, it’s worth remembering, so they are even more relevant than they might seem at first glance.

Those who are not particularly interested in the fresh concept art of Half-Life 3 and who prefer to play a real Half-Life game rather than imagine what a new one might look like, may be interested in the recent HL2 mod. The Half-Life 2: Overcharged mod with new weapons, gameplay elements and much more should be a great update for Valve’s 2004 blockbuster.