Home Tech The application that turns the Galaxy Watch 4 into a radio is... 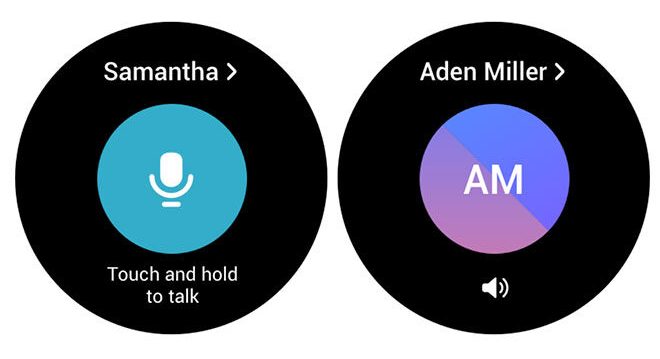 Smart watches have been on the market for years. The competition in the market where the Apple Watch, which has reached 100 million users, plays the lead, has intensified with the Samsung Galaxy Watch4 series. The standard model of the South Korean company’s first Wear OS smart watch is 40 and 44 mm, and the classic model is 41 and 45 mm. It also has more storage and RAM capacity than its successor.

Samsung has brought the Walkie-Talkie function, which has been present in the Apple Watch for years, to the Galaxy Watch4 series. The feature, which allows both smart watches to communicate with each other with the “radio” logic, works independently of the phone. The other person must also have a compatible device.

Samsung WalkieTalkie provides two-way voice communication. You can send short voice messages in real time using the app. Additionally, you can create multiple communication channels that multiple people can join at the same time. Walkie-Talkie, which only works on devices with the company’s Wear OS operating system, cannot be used on Tizen smart watches such as Galaxy Watch3. It also cannot be installed on other brands’ watches with Wear OS.

The file size of Walkie-Talkie, downloaded from the Google Play Store, is 23 MB. To install it on your Galaxy Watch4 series smartwatch, it needs to be connected to your phone and signed in to your Samsung account. Application; Requires microphone, contacts, call log and location access. According to the information announced, the phone is not required to use the feature. However, Samsung recommends those who will install it for the first time to make a one-time connection with the phone.

iPhone 13 Has Design Unveiled Ahead Of Time By Case Brand