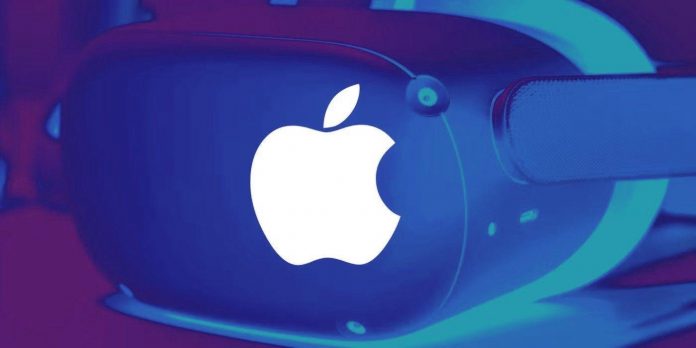 Apple’s long-awaited AR/VR headset may be just around the corner in the future, as a reliable industry analyst suggests the device could be officially unveiled next January. There were high hopes that Apple would finally talk about its work on AR and VR at the WWDC event earlier this month, but that didn’t happen. However, the company has become less reserved about its ambitions in this area.

Earlier this week, CEO Tim Cook told a reporter “stay tuned and you’ll see what we have to offer” when asked about the company’s approach to the world of AR and VR hardware. The leaks have already given insight into the headset’s intended design, and some of its key features have also entered the leak arena. But it looks like excited fans won’t have to wait long to get their hands on the device if they’re willing to pay $2,000 or more for it.

Related: Apple May Take a Different Approach to Its Mixed Reality Headset Than Meta

In his latest industry research report, TFI Securities analyst Ming-Chi Kuo notes that Apple’s headset “will most likely be released in January 2023.” Kuo adds that the headset is one of the most complex hardware that Apple designers have ever worked on. So far, there have been a lot of exciting leaks and rumors about the capabilities of the headset on the web. Bloomberg’s ever-reliable Mark Gurman predicted that Apple’s wearable devices will rely on Memoji avatars to handle video calls in a virtual reality environment. The headset, which is supposed to run Apple’s own custom AR/VR operating system called RealityOS, will also make extensive use of the SharePlay infrastructure, allowing multiple users to watch movies, play games or listen to music. However, Apple is reportedly not building its own metaverse, unlike Facebook.

As for the headset and its specs, reports suggest it will rely on a processor that runs as fast as the M1 Pro chip inside a 14-inch and 16-inch MacBook Pro. However, there are also rumors about the processor + coprocessor architecture, with the former responsible for heavy computing tasks, and the latter responsible for sensor functionality. The display, which is said to use micro-OLED panels supplied by Sony, will offer a staggering 8K resolution with video viewing capability, complemented by advanced limb tracking and environmental recognition algorithms. It is also said that Spatial Audio is part of the package. Apple is also reportedly porting some TrueDepth camera technology to its first AR/VR headset to track body parts to perform gestures in the virtual world, eliminating the need for controllers.

Notably, Apple is rumored to have crammed as many as 14 cameras into its metaverse, which includes many outward-facing cameras to accurately track facial expressions. It is reported that the development of the headset has become the subject of heated debate among the designers working on it, because, as they say, it started as a tethered device, and then turned into a standalone gadget. It is reported that the final version has been locked in terms of design and is said to have been demonstrated to the company’s board of directors before its launch, rumored to be early next year. It’s also worth noting here that the Metaverse Standards Forum, an industry group of metaverse stakeholders that includes names like Meta, Microsoft, Unity, and Epic, does not consider a key player like Apple to be one of its members.

Location of All Zero Point Scanning Devices in Fortnite, Chapter 3,...