Home Entertainment The Apex Legends leak suggests that a mode similar to Call of... 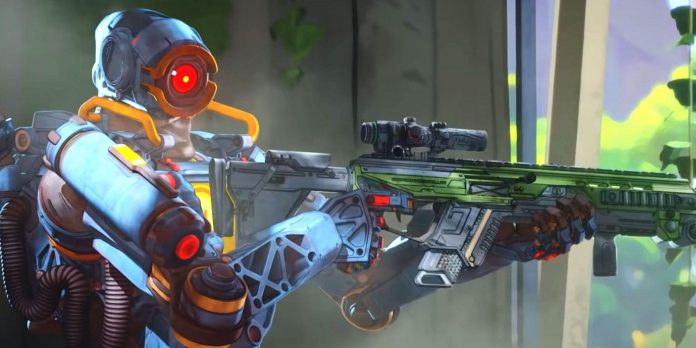 There is nothing strange in the fact that such a smooth and constantly changing game as Apex Legends flows like a sieve. Whether through unofficial channels such as data miners, or through some random disclosure that happens purely by chance, upcoming game content often spoils well before its release.

Something similar may well be happening right now, according to rumors, in the Gun Game mode in Apex Legends. This time-limited mode (LTM) seems to be infiltrating the game, according to data miner HYPERMYST, which has just posted some interesting voice cues from the supposed Gun Game announcer.

HYPERMIST, responsible for a very large number of previous Apex Legends data mining, did not spare words about this particular leak. They claim that the voice cues in question, which talk about the promotion of the team in the match through scoring, are taken from the upcoming limited-time game mode inspired by Call of Duty’s Gun Game. Here, players upgrade their weapons from one level to another by destroying enemies, but the supposed upcoming iteration of the Apex Legends mode seems to have a special twist on the formula of the main mode.

Namely, the Gun Game in Apex Legends can be a team effort. While in most of its iterations, this mode is a single attempt, the HYPERMIST datamine assumes that instead players will join forces to score points. Presumably, this means that the entire team’s arsenal is updated as they progress, which could well lead to even more hatred for the hated Apex Legends charging rifle if it is eventually included in the weapons list.

It goes without saying that Respawn Entertainment has not confirmed that there will be an LTM Gun Game in the future. Currently, the studio has its own problems that need to be put out, as the Apex Legends characters get the wrong abilities completely randomly, which makes season 14 one of the most difficult periods when you can enjoy the popular Battle Royale title. It is likely that Gun Game, which may not even be called such in the end, may not come out so soon, given all the circumstances.

Having said that, having a proper Gun Game mode — LTM or not— may lead Respawn Entertainment to balance some weapons in the game more carefully. One could argue that this is exactly what happens with the Apex Legends changes in the Wingman hand cannon, which sound strange in a vacuum. However, it is still unknown what exactly will come out of this particular datamine, and whether the alleged Gun Game LTM will appear in the near future.

This Is How Resident Evil 8 Village Works On A PC...