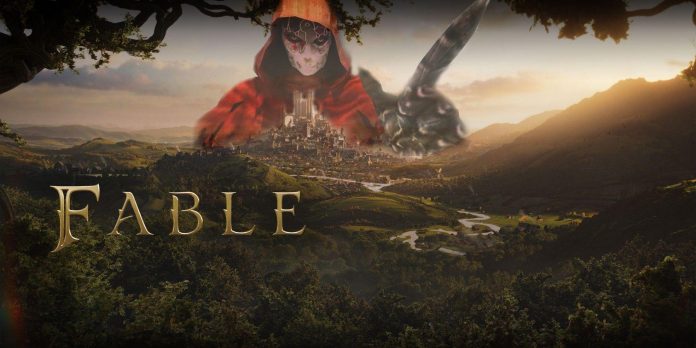 The next Fable game has a lot of challenges ahead, and the personality of its villain is certainly outstanding. When it was announced in 2020 that Playground Games would make the fourth major installment of the popular Fable franchise, fans were glad that the end of Lionhead Studios did not mean the end of the series. This next game will be a reboot and a spiritual successor to the previous games, so it’s not yet clear to what extent the new Fable will build on the old games and whether there will be returning characters — and, more importantly, villains. .

While Playground Games has made it clear that for the most part it adheres to the formula laid out in past Fable games, such as elements of classic fantasy with a twist and cheeky humor that connected the previous installments, this is also a new start for the franchise. Villains can be incredibly important in games and can play an important role in the success of the story, so whoever is next is a big deal. The new enemy for the next Fable also faces a serious dilemma: players wonder if he could be a familiar face from another game or could be someone completely new.

Reusing classic antagonists from previous games can be an effective way to tie the records together, as well as give players an extra incentive to fight against the villain. A popular example of a previous Fable villain would undoubtedly be Jack of Blades, an ancient and mysterious enemy who was the main antagonist of the first game. His terrifying mask and impressive abilities have made Jack a formidable opponent, and he has become a fan favorite since his first appearance. With his ability to accept new hosts and, in fact, live forever, it may make sense for him to appear in a new Fable, even if the timeline is far removed from the previous parts.

However, there will always be a fear that the new Jack will not match his image in the first game and Fable: The Lost Chapters, and this can quickly spoil the perception of Fable fans from Playground Games. It can be difficult to take over ownership from another studio, especially when there is an established fan base that needs to be calmed down, so the developer can abandon the problems of resurrecting old characters and choose a new one instead. While this may seem like a safer choice, the new antagonist may still suffer compared to the old Fable villains and may not be able to fill a significant portion of the shoes left by characters like Jack.

The Importance of a Good Villain

Aside from Jack of Blades, some of Fable’s past villains have been a little forgotten, and this can have a huge impact on the overall story. The antagonist is definitely what the game needs, and both sides have strong arguments in favor of returning or new villains. While players may be impatient to see how it all turns out, the talent announcements that Playground Games has been accumulating around the title have still been gripping ever since Fable was first revealed. Anna Megill has been announced as the main narrator of Fable, which bodes well for fans, as she was on the writing team for such successful games as the Death of the Outsider DLC for Dishonored 2 and Remedy’s Control.

A lot of attention has already been paid to Playground Games and the development of the next part of Fable, and the silence of developers in recent months has worried many fans. Although the studio assured players that rumors of scaling down the game due to technical problems are a natural and expected part of video game development, this was not enough to completely dispel the fears of gamers. With few reliable details about the story, characters, or setting of Fable, there are still a lot of questions about how the game will actually look or how to play, but it looks like the story should at least be in safe hands.