Home Entertainment The Anime You Can’t Miss From 2021 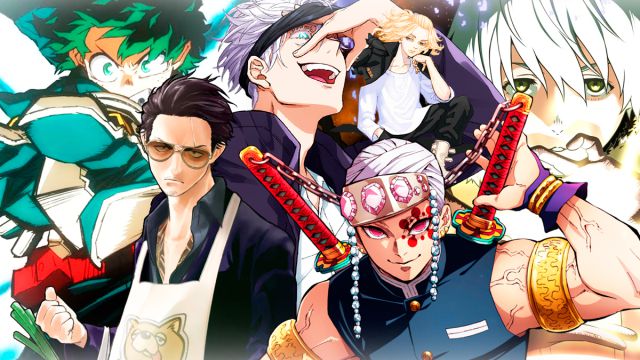 Anime: We review some of the best anime that we have been able to enjoy this year 2021: Kimetsu No Yaiba, Jujutsu Kaisen, My Hero Academia and more. We closed a 2021 complex in many ways, but that has undoubtedly left us with several interesting anime premieres. Whether they are new seasons of series that we have been enjoying for years or unpublished premieres that we met through manga, it has been a year that has given much of itself. Therefore, before saying goodbye, we want to remember some of those most outstanding anime of 2021 that you cannot miss. On the other hand, we remember that we also brought you a report focused on the most popular anime of each genre in recent years, where you can discover great stories beyond giants like One Piece or Dragon Ball.

One of the most popular anime of this year 2021. Created by the mangaka Gege Akutami, it is a shonen with all the ingredients to succeed: epic battles, an incredible level of animation, characters to remember … After a first season full of success, we are still waiting for the anime to continue its course while we have a good number of volumes of the manga available to open our mouths and prepare for the continuation on screen of the adventures of Yuuji Itadori, Megumi Fushiguro and company.

This 2021 has been very prolific for the Kimetsu no Yaiba license. After the successful premiere of the film, Mugen Ressha-hen (Guardians of the night: Infinite Train) we also had a video game: The Hinokami Chronicles, by SEGA and CyberConnect2, with a more than remarkable result. As for anime, the Unfotable studio published the first part of the second season (7 episodes), whose arc is the one corresponding to the aforementioned Infinity Train that we could see in the film. With slight changes and extensions, in addition to its signature high-quality animation, we look forward to the release of the second half of this season so that we can discover the animated Red Light District arc for the first time.

After a long time of waiting we have finally been able to enjoy the first animated part of Season 5 of Jojo’s with Jolyne Cujoh as the protagonist. After being sentenced for 15 years to be locked up in the Green Dolphin Street prison, the young woman begins to manifest supernatural powers until she realizes that it is her own stand. Learning to control it and escaping from jail are just some of her missions in this dangerous and mysterious complex where nothing is what it seems. Available on Netflix, we keep waiting for the second part of this season while we exhaust the 12 available episodes with ravenous hunger.

One of the most outstanding premieres of this year 2021, which presents us with a motorcycle gang called Tokyo Manji Gang as the central axis of the action. The protagonist, Takemichi, manages to travel in time to try to avoid the death of his old girlfriend as well as rebuild his past in order to obtain a more promising future. With such an interesting premise, characters as charismatic as Mikey or Draken, it has become a success around the world despite the heavy censorship it has suffered in most of the countries in which it has landed, mainly because of the cross. that show the uniforms of the band, which inevitably resembles a swastika despite being inverted and having a totally different meaning.

I want to get the AI Horror Game version of Art...

Falcon and the Winter Soldier, will it have a second season