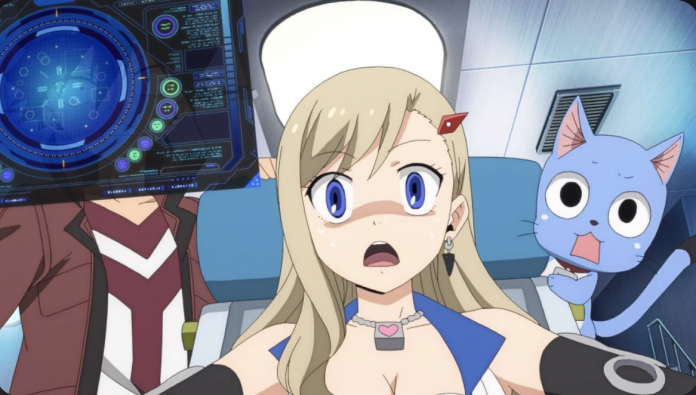 Yuji Suzuki, who directed the anime for Edens Zero, died suddenly last month and the information was hardly revealed.

This weekend the Edens Zero anime ended and because of that, the Twitter account shared some messages about it. Among them that the series will continue, not immediately but in the future.

But it also revealed something that no one expected and that is that the director of the anime, Yuji Suzuki, has died. According to what was announced, he died suddenly on September 9 in a hospital in Tokyo. The causes of his death were not disclosed.

Yuji Suzuki passed away in a Tokyo hospital

Suzuki was one of the two directors involved in the series; the other is Shinji Ishihira. It is not known if he or she managed to finish the last episodes of the anime. There are times when the work with them is advanced a week or two, to have them ready for their premiere.

But there are studies that sometimes do the episodes on a weekly basis. J.C. Staff, the company in charge of Edens Zero, works like this on some occasions. So that could well be the case.

In one of the messages shared on Twitter, it can be read “the news of his death came so suddenly that all the staff and people who have worked together to create this work are still in disbelief and in deep pain.”

It is an extremely sad situation that the team lives. He continues with ‘we would like to express our deepest appreciation to director Suzuki for his great effort on the EDENS ZERO anime.’ 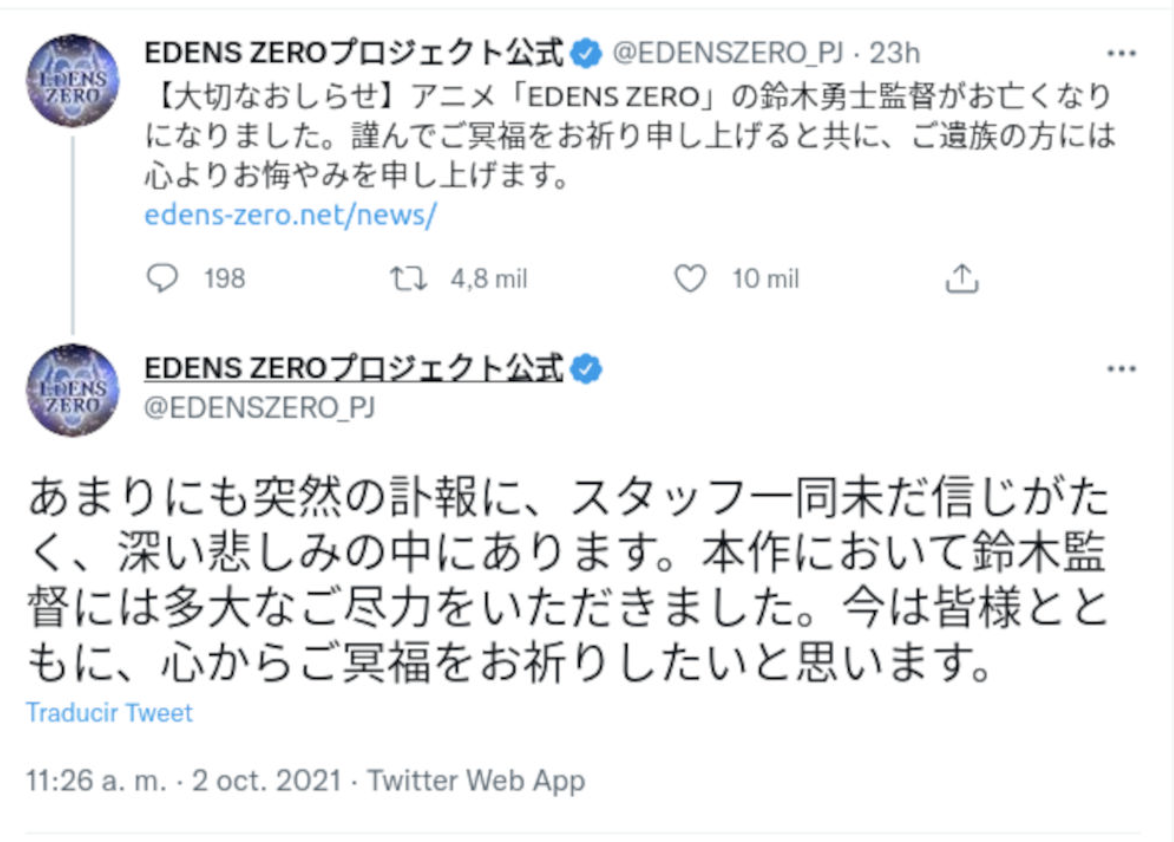 Did you manage to finish Edens Zero before his death?

The text closes with “we would like to express our condolences to the grieving family.” From what was released, this anime was the first that Yuji Suzuki, who is also credited as Yūshi Suzuki, directed completely.

He also participated in other anime as an animator and director, but only for some episodes. Among them is Fairy Tail, which is another series based on a manga by Hiro Mashima, as well as the famous Space Brothers.

Edens Zero is currently available through Netflix, but only the first 12 episodes. The rest still have no release date on this service. It is a real shame to hear of the death of its director.

He certainly contributed a lot to the success of the series. It is to be imagined that some time will pass before it is announced when he will return. Especially since someone else will need to take over the production.

“Godzilla vs Kong 2” starts shooting video from the scene of...