Home Entertainment The animator of the show “Peacemaker” talks about his favorite scene with... 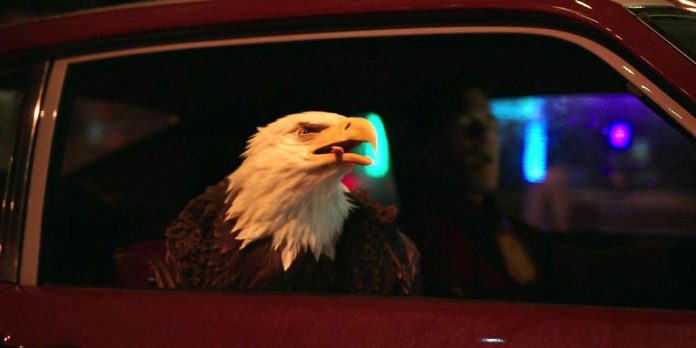 The animation supervisor of the HBO Max Peacemaker show shares his opinion on creating his favorite eagle scene. The DC Extended Universe series acts as a spin-off of James Gunn’s Suicide Squad, continuing the story of the protagonist John Cena after he attacked his team in the film in order to keep secret the US participation in the Starfish project. The Peacemaker follows the vigilante as he is tasked with destroying the parasitic aliens known as butterflies from achieving their mysterious goals.

Along with Cena, the Peacemaker cast includes Jennifer Holland, Steve Agee and Viola Davis, who returned to the DC film universe, as well as Daniel Brooks, Freddie Stroma, Chukwudi Iwuji and Robert Patrick. Created, written and mostly directed by James Gunn, Peacemaker received rave reviews from critics and viewers for Gunn’s unique humor, DCEU expansion, and performances by his actors, namely Cena and Freddie Stroma as the vigilante. While the show introduced a number of exciting DCEU elements, the creative team tells how they brought to life a fan-favorite character in Peacemaker.

Link: How the Peacemaker Created the Amanda Waller Spin-off

In a recent interview ComicBook.com Animation supervisor Mark Gee spoke about his favorite scene with peacemaker Igli. Gee called an episode from the pilot series in which the main character and his pet are driving down the street, and Igli sticks his head out of the car window like a dog, and told how the scene turned out. See what Ji shared below:

“For me, it’s definitely Eagly. That’s where I spent most of my time, on Eagly. From the first day of working out how the hell we’re going to do it, to actually implementing it and just “wow, he looks amazing.” And the response we get from James, and then from the general public at the end. So there were so many of those little pockets of Igli shots that I really liked. The dog out the window, Igli’s shot was one of the favorites.

And I know how much effort everyone put into taking this picture, even looking at Google maps to find the place where they shot it on the street so that we could accurately match the lighting poles on the street. To match this lighting on the Igli, just so that it is organic in this machine. And it was definitely, right down to the thuggish walk that we got, the personality that we built in Eagle, that was what I liked most about this show.”

As with Groot and Rocket Raccoon in the Guardians of the Galaxy movies before, Gunn quickly made Igli a fan favorite character after his DCEU debut in The Peacemaker series. Between hugging the Peacemaker to give him confidence and bringing him a dead ferret at the most inopportune moments, Igli became part of some of the most memorable jokes in the series. Gunn even shared at the beginning of the show’s run that he knew Igli would steal every scene he was in from the cast of Peacemaker, and warned his stars in advance.

Igli’s popularity didn’t stop with The Peacemaker show, as the character debuted in DC comics with a Valentine’s Day anthology before the first season finale. Since HBO Max gave the green light to the second season of Peacemaker shortly before the finale, and Gunn had to write the script and direct each episode, viewers will surely be able to look forward to new adventures of Igli in the near future. In the meantime, viewers can return to Igli’s debut with season 1 of The Peacemaker, airing on HBO Max right now.