Home Entertainment The animation of death in the Callisto Protocol competes with Dead Space... 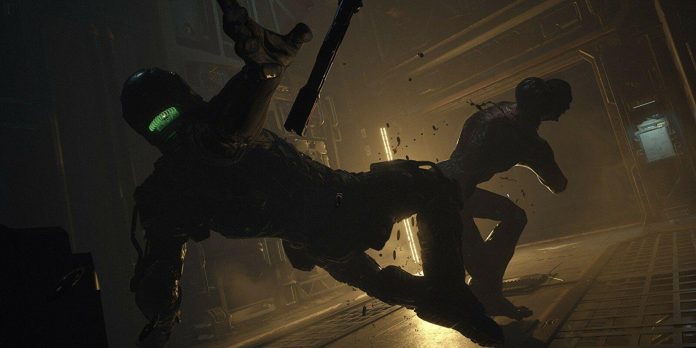 Gamescom kicked off with an explosive Opening Night Live show, which was filled with exciting content and several unexpected announcements, including the release date of the long-delayed Dead Island 2. One of the most anticipated games shown during the show was the upcoming game. The Callisto Protocol survival horror game is a sci—fi project with a pronounced Dead Space atmosphere and a new look at the genre.

Players have already seen some of The Callisto Protocol in action, including a gameplay demo during Summer Game Fest 2022, but the most recent trailer showed off several new features and gave gamers a better look at some of the creepy environments they have to navigate. In addition to the emphasis on hand-to-hand combat, cool weapons and various kills that players can perform, the trailer released during the Gamescom premiere showed the bloody and undeniably terrible death animations in The Callisto Protocol, which can seriously compete with EA’s Dead Space franchise. .

The Opening Night Live show at Gamescom 2022 contained several important discoveries, with several interesting new IP, such as Atlas Fallen from developer Deck13 and sci-fi shooter Scars Above, fighting for the attention of gamers along with sequels such as Goat Simulator 3 and Moving Out 2. major titles are in development, along with the disclosure and announcements of new ones, but horror fans were undoubtedly delighted with the new news about Striking Distance Studios and Krafton The Callisto Protocol.

It’s no secret that the upcoming survival horror has a lot in common with the fan-favorite Dead Space franchise, and players were quick to point out that The Callisto Protocol shares the brutal murders of enemies and violent deaths of the main characters with the horror franchise. . The latest trailer for The Callisto Protocol featured a new enemy mutation feature, but it also contained an extended scene in which prisoner Jacob Lee is dumped into a deadly waterway after a shut-off valve opens.

It looks like the players will be tasked with making sure that Jacob safely descends the waterway after obstacles and other potential hazards try to interfere. Unfortunately for the hapless protagonist, his water journey ends in disaster as a fan cuts him in half. The game spares no detail as the scene is splattered with blood and his mutilated torso plops down with his insides, which is very similar to similar scenes in games like Tomb Raider 2013, although it may be a little more graphic.

Body horror based on real blood

It’s clear that The Callisto Protocol doesn’t shy away from violence or the bloodier aspects of survival in a mutant-infested facility, and survival horror fans will be glad to see the game’s commitment to that. Callisto Protocol uses comparisons with Dead Space in some way, and also demonstrates how it differs from the popular series in other aspects, for example, in hand-to-hand combat. The upcoming game also claims to be a lot more violent and will involve more blood than Dead Space— an impressive feat considering the horrific dismemberment mechanics and the protagonist Isaac’s own death in the EA series.

The design of the mutated enemies of The Callisto Protocol shows that the game takes these ambitions seriously, as they are undoubtedly grotesque and definitely not something that players will enjoy meeting in dark prison corridors. The developers are apparently turning to real body horror combined with a sci-fi twist to inspire The Callisto Protocol, which is supposed to help Dead Space fight for its money and present a new take on space horror for survival.