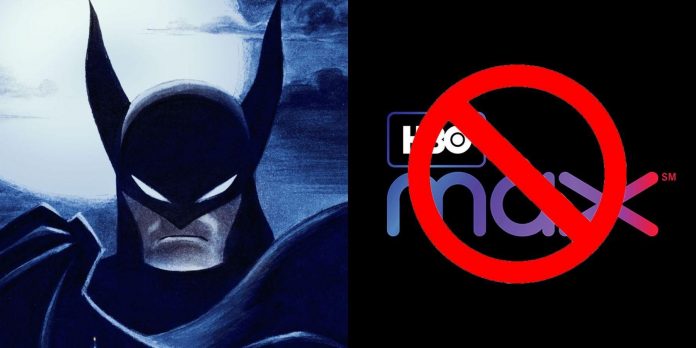 According to Variety, the series “Batman: The Caped Crusader” will no longer be released on HBO Max. The announcement also clarifies that HBO Max will not promote five other animated projects. This move followed the merger of Warner Bros. and Discovery. New CEO David Zaslav has made several controversial moves regarding HBO Max, including the recent cancellation of Batgirl. The streaming service giant also sought to remove most of its animated content last week: more than 60 animated shows intended for both adults and family viewing were completely removed from the service.

Batman: Caped Crusader was supposed to be based on the widely acclaimed animated show Batman: The Animated Series, which ran for 85 episodes on Fox Kids between 1992 and 1995. Executive producers Bruce Timm, J.J. Abrams and “Batman” director Matt Reeves worked on the project. It is reported that three of them hope to sell the series on other streaming platforms, but at the moment the project seems to be suspended.

Other projects on the chopping block include “Funny Little Batman”, “The Day the Earth Exploded: The Looney Tunes Movie”, “Bye Bye Bunny: The Looney Tunes Musical”, “I Did It with the Holidays: The Story of Steve Urkel” and “The Amazing World of Gumball”. : Film. Most of these projects were to be created by Warner Brothers Animation’s own studio. Reportedly, when asked about moving away from children’s and family content, the representative remarked: “In the near future, children’s and family programs on the air will not be part of our attention.”

This is just the latest move by the new administration of Warner Brothers Discovery. His previous decisions regarding content were highly controversial: an anonymous Batgirl actor reportedly called Zaslav an “imbecile.” Some of these moves were definitely unprecedented, such as the aforementioned cancellation of “Batgirl,” a movie that reportedly cost the studio $90 million to produce.

It is also reported that Zaslav intends to completely abandon HBO Max in favor of the Discovery+ hybrid platform, but the loss of so many projects casts doubt on the success of this step. HBO Max has earned a reputation for high-quality content and a creative approach to its intellectual property. However, now the creatives have publicly spoken out and expressed disappointment with Zaslav’s actions. It remains to be seen whether creatives will want to work with the service or its new incarnation in the future.