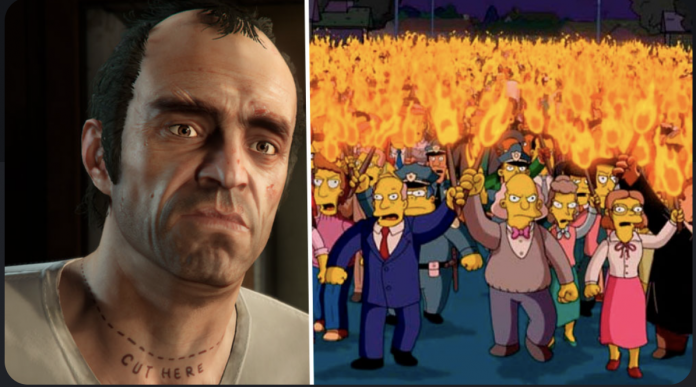 The delay finished turning them on
Rockstar Games just revealed that the PS5 and Xbox Series X version of GTA V will change its release date. Yes, the relaunch of the game that has been around since the PS3 and Xbox 360 generation will take a little longer to come out.

This, on paper, should not bother anyone because it is about leaving the Rockstar Games title as best as possible so that people who have not played it or who already enjoy it have a worthy experience on both the PS5 and the Xbox Series X .

Now, the reality is different and can be seen without problems through the latest GTA V trailer for PS5 and Xbox Series X published on YouTube. We could even say that it is the video with the most dislikes in the history of the franchise.

It is worth appreciating that Rockstar Games has not blocked comments on the video in question and that, in a way, is not being afraid of what the audience is telling you or not wanting to pay attention to what many consider to be a problem.

As we mentioned, several featured games are being pushed back to 2022, among them are Horizon Forbidden West, GTA V, and Dying Light 2. We no longer know what other game may move into this backlogged group of releases for the first quarter of next year.

Unfortunately, these delays can be the product of many things and among them can be the pandemic that does not allow work to be much more fluid and functional for those who develop video games and Rockstar Games is surely suffering.

Somehow, GTA V will come to PS5 and Xbox Series X. It will be the fans who decide whether to invest once more in the game or if they better leave it in the past, waiting for the arrival of a new installment. There is also the issue that the online section is more than alive, so anything can happen when it comes to shopping.

The Last Kingdom season 5: after the end of the series, a film will be shot