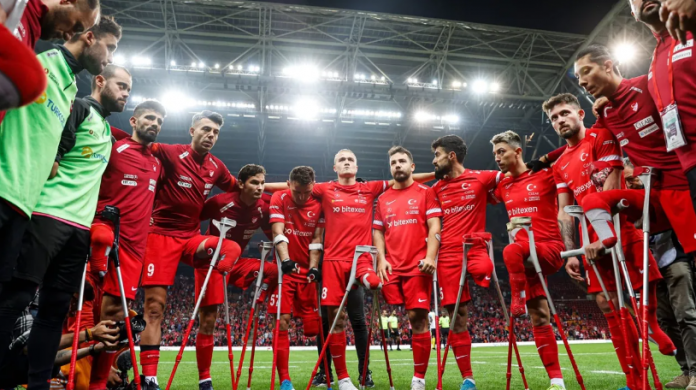 The Turkish national amputee football team became the world champion. In the final match of the 2022 World Cup in Istanbul, they beat Angola 4-1.

The Turkish national amputee football team became the world champion for the first time
The Turkish national amputee football team continues to add success to its success. Having beaten Angola 4-1 in the final match at the Nef Stadium, the Nationals became world champions for the first time in their history.

The defeat of the Turkish national amputee football team over Angola and the lifting of the trophy soon became the topic of social networks. Many people, from politicians to athletes, congratulated the citizens. These are the shares.

Turkey National Amputee Football Team; He entered the field together with Bulent Cetin, Okn Shahiner, Ismail Korkmaz, Seamus Erdinch, Kemal Gulesh, Rahmi Ozdan and Omer Guleruz. It was recorded that there were about 15,000 fans at the Nef Stadium.

The MCU Has an excuse in the universe that there is...