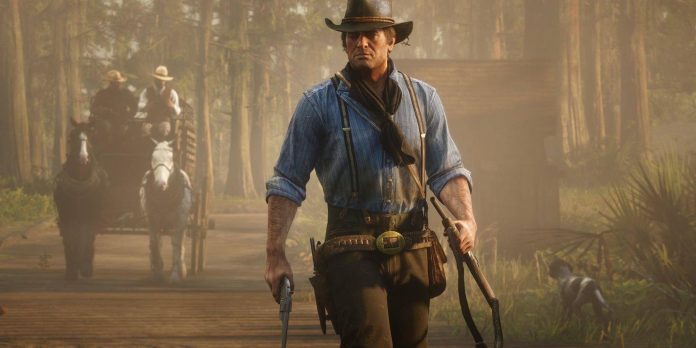 Recent news from Rockstar has not been kind to the beloved Red Dead Redemption 2. The studio has announced that there will be no further major updates to Red Dead Online as the team prepares to accelerate the development of Grand Theft Auto 6. As a result, fans mourned Red Dead Online through various social media posts and holding large gatherings at graves all over New Austin. However, the general lack of additional content in Red Dead 2 may soon be eliminated thanks to the efforts of the modding community.

The “Life of Crime” modification for Red Dead Redemption 2, created by the modder CruelMasterMC, brings a new single-player experience to the game. This mod is much more than just a set of missions that Arthur or John must complete in New Austin; it’s actually quite sturdy. CruelMasterMC’s mission for the mod, as detailed on the NexusMods website, is for fans to be able to play a brand new character, independent of Arthur or John, and experience a brand new story. Life of Crime allows players to create their own character with RPG-style skill trees and climb to the top after escaping from Siska Penitentiary. At the time of this writing, players could build their empire in Life of Crime by completing estate robbery missions, train robbery missions, or participating in Red Dead Redemption 2 in other ways that players can earn money.

Everything detailed in this mod is currently under development, and there is a long way to go until it is completed. Plans for Life of Crime include adding tasks such as bounty hunting and creating even more robberies while creating a unique story. CruelMasterMC stated that the plot will take place before the events of Red Dead Redemption 2, but plans to add more quests and robberies before expanding the narrative for a single-player game. Fans who would like to download this PC mod can find it on NexusMods, and should also download Script Hook RDR2 and ASI Loader for Life of Crime to work properly. After that, players can launch the mod by talking to the white hat at Copperhead Wharf in the game.

Despite good sales and many awards for “Game of the Year”, Red Dead Redemption 2 continues to live in the shadow of Grand Theft Auto. The reports indicate that the planned next-generation update for Red Dead 2 is under threat, while the remake of the first game has been canceled to work in GTA Online and GTA 6. However, a beloved game like Red Dead Redemption 2 is likely to continue to thrive thanks to the continued dedication of the community and the support of mods.

Hitman: from the worst to the best, according to criticism

Halo Infinite’s One-Year Delay Was “Very, Very Difficult”, But They Are...