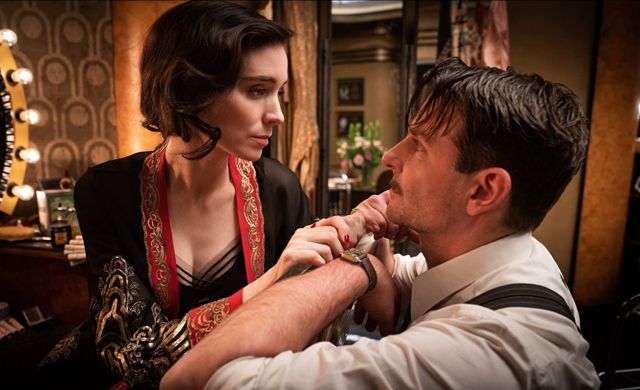 Guillermo del Toro’s next work shrouds us in mystery. This is how the unpublished material of The Alley of Lost Souls, his new film, looks like. The Alley of Lost Souls shrouds us in mystery during its latest official trailer. Guillermo del Toro’s new film is based on the 1946 novel by William Lindsay Gresham, instead of the first adaptation of him to the big screen. While in the United States it will be released on December 17, in Spain we will have to wait for the start of 2022.

When the charismatic but unfortunate Stanton Carlisle (Bradley Cooper) wins the affection of the clairvoyant Zeena (Toni Collette) and her husband Pete (David Strathairn) at a traveling carnival, he creates a golden ticket to success, using this knowledge he has acquired to fool the wealthy elite of 1940s New York society, “reveals the production company, Searchlight Pictures, in its official description. With the virtuous Molly (Rooney Mara) loyal by his side, Stanton plans to rip off a dangerous mogul (Richard Jenkins) with the help of a mysterious psychiatrist (Cate Blanchett) who might be his most formidable opponent yet. ”.

Del Toro has relied on the work of Kim Morgan for the development of the script; both have brought Gresham’s work to the big screen as it was done in 1947.

Iris Mittenaere radiant on Instagram: she makes the blow of the...

In Rosalia Elite? The story behind the failed camera in the...