Home Entertainment The Addams Family: Mansion Mayhem, Back to the Video Game 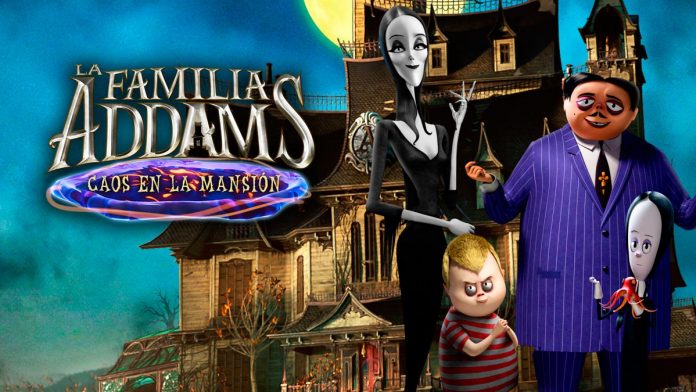 The Addams Family: We spoke with PHL Collective about adapting the Addams Family to a cooperative title that will bring together generations of fans. With fall comes the days of pumpkins, warm clothing, and, of course, a holiday imported from American culture, despite its Celtic origins: Halloween. With this, we want a horror movie marathon or revisit video games that will make us shudder. Among the classics for these festivities you cannot miss the Addams Family, with a remake in the works. In video games, this fun and sinister family has enjoyed several appearances including a new release for Windows PC, Xbox One, PS4 and Nintendo Switch: The Addams Family, Mayhem at the Manor (PHL Collective, Outright Games). To commemorate this premiere, at Meristation we interviewed Brian Gitlin, head of programming; and Nick Madonna, studio director.

A classic of popular culture

It was 1938 when Charles Addams satirized the family ideal through a comic strip. In it, the Addams presented themselves as a clan that inhabited a Gothic mansion and worshiped everything macabre. Their success led them to become a myth of popular culture and of the modern Gothic movement. Television series, books, movies, musicals and video games are witness to this.

“The Addams Family is timeless,” defines Nick Maddona. “Since Charles Addams published his cartoons, through television series and 90’s movies, the Addams Family has always been around. I have vivid memories of watching The Addams Family and The Addams Family 2: The Tradition Continues in Film as a Teenager. I had MC Hammer’s Addams Groove cassette tape and I wore it out from listening to it so much (laughs). I think a lot of people have similar experiences with the Addams Family. And I hope the new movie and our game inspire the next generation of video game designers and filmmakers. ” Madonna is more inclined to the Addams in the 90s, and this can be seen in his work.