Home Entertainment The Adam Project Released! Here are the first reactions from the audience 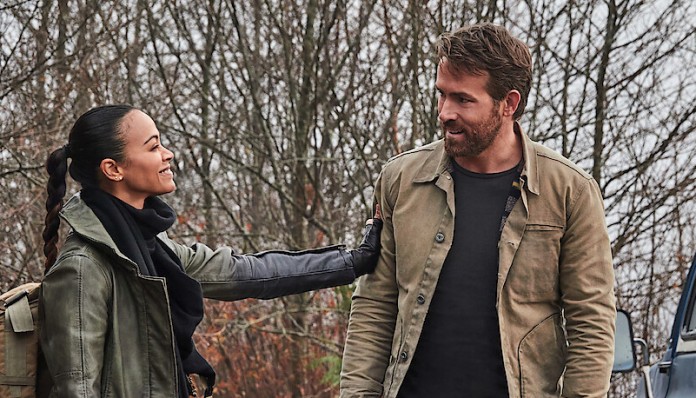 The Adam Project, the new Netflix movie starring Ryan Reynolds, has been released today. So what do critics and audiences think of the movie?

The Adam Project, one of Netflix’s most anticipated productions in 2022, has finally been released today. Starring Ryan Reynolds and starring Mark Ruffalo and Jennifer Garner in the cast, the movie combines science fiction, action and comedy to present the adventure of a pilot who travels through time.

The film, which is a new production that science fiction lovers are curious about, has also started to receive its first critic comments. Commenting on the movie, critics gave it a below-average rating. Although there has not been a significant number of comments from the audience for the movie, which was released a few hours ago, some comments were shared. Let’s take a look at what critics and viewers have to say about the movie.

Critic comments from The Adam Project:

“Despite being PG-13, The Adam Project is aimed at 5-year-olds who, in terms of style, won’t be watching a movie about time travel and frayed parent-child relationships. Today’s teens and 20s are too smart for such a dumb movie.”

Comments from viewers of The Adam Project:

“The Adam Project is a combination of everything terrible about modern blockbuster filmmaking, but it’s an ~original~ film, so expect a large portion of the internet to insist that there is something valuable in it.”

“The story is great, it has emotion and good action. I appreciate the movie and how they make an “ORIGINAL” story. I love these kinds of stories, it’s not just time travel, it’s beautiful and ORIGINAL”

All about Uncharted, The Movie: Release Date, Trailer, Cast, Duration And...