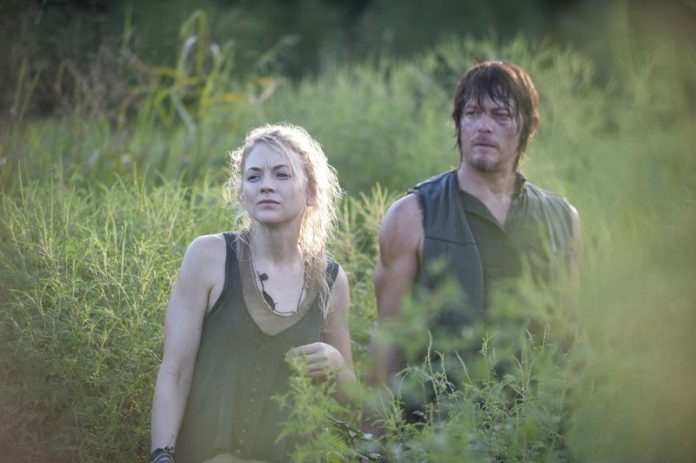 Popular Beth Greene actress Emily Kinney had a tragic outing with her character in season 5 of The Walking Dead. She has since devoted herself to music and recently released a song and is preparing for her album.

Recall that Kinney played the good-natured Beth on The Walking Dead from seasons 2-5, and her character had to deal with the deaths of most of her family before developing a bond with Daryl Dixon (Norman Reedus).

The actress is a talented singer and has just released her latest single ‘Fifteen Minutes’, which you can listen to here, with her third studio album, The Supporting Character, on the way in April.

While she was introducing her new song, the actress revealed where she got the inspiration for her new music from and she’s a long way from the horrible events of The Walking Dead.

“‘Fifteen Minutes’ is a love song that I wrote for my boyfriend at the time and it explained to him that it would change the time I’ve spent being successful or famous for more time with a person I really love, him,” he said.

The nine-song album focuses on themes including loss, family history, body image, and creativity, and Kinney revealed that one of her biggest influences was the relationship between fame and family.

But, let’s remember that Kinney revealed a while ago that she would not rule out returning to The Walking Dead in the future, despite the seemingly tragic end to Beth’s story.

“I am very proud to be a part of that program,” she said, adding that a comeback would not be out of the question. “If there was any way, sure.”

BTS and Hyundai come to FIFA for one reason: sustainable development

The trailer of the series exceeds fans’ expectations