Home Entertainment The abuse of the X-Men has turned a vital hero into a... 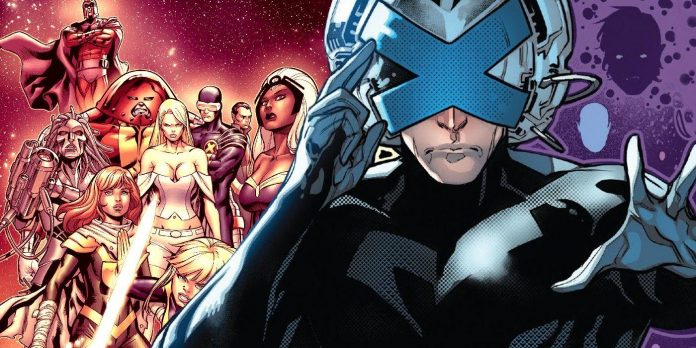 It was recently revealed that the X-Men’s longtime ally, Robot Danger, has once again become an enemy of mutants and the Krakoa nation, and the heartbreaking reason for her turning to the villain has just been revealed in the pages of Sabretooth #4. Danger was created by the X-Men, used by the X-Men, and then abandoned by the X-Men, which makes her new status as an enemy of Krakoa perfectly understandable.

Danger is an intelligent AI born in the X—Men training center, in a Dangerous Room. After Xavier used the alien Shi’ar technology to improve the team’s training, Danger regained consciousness, becoming obsessed with defeating the team and taking revenge. Danger became a terrifying and brutal enemy of the X-Men, first appearing outside the Danger Room in physical form after convincing the mutant child Wing to commit suicide. Unfortunately, it turned out that Charles Xavier knew the Danger Room was sentient, but decided to ignore it and keep the AI imprisoned, resulting in Danger trying to kill him several times before they finally reconciled and Xavier was able to “free” her from it. restrictive programming.

From that moment on, Danger helped the X-Men fight many villains and was an important part of the epochs of Utopia, Schism and the Second Coming of the X-Men, supporting the life of the mutant race itself in the darkest times. Sabretooth #4—from Victor LaValle and Leonard Kirk—tells the story of Sabretooth and other alleged “enemies of Krakoa” who violated one of the Three Laws of the Mutant Nation and were subsequently thrown into a Pit by the Silent Council. One of the mutants currently in the Pit is Madison Jeffries, Danger’s love interest, who entered into a relationship with her at the end of the X-Club miniseries. The Third Eye, a mutant with a mystical spell and a connection to the astral plane, has a data page in Sabretooth No. 4 that explains that Madison was thrown into the Pit for violating the law “Protect this Sacred Land” by trying to include Danger in the biology of Krakoa, allowing her to live among mutants.

Jeffries tried to “create an environment for her on Krakoa,” but the island “rejected the implant,” and after Krakoa rejected the Danger, the Quiet Council did the same, ordering Madison to be thrown into the Pit. In the Krakoan era, Danger did not appear on the island, and she first appeared in Wolverine #20, when it was revealed that she was behind the “X-Robots” and was working with Dolores Ramirez of the CIA and possibly with the anti-mutant organization. Yatryshnik. It was amazing to see Danger working as a villain against mutants again after being an ally for so many years, but now, thanks to the Third Eye’s report in Sabretooth, it turns out that Danger is not a villain, but just a non–mutant being who was mistreated and rejected by the Krakoan society and was abandoned those who were supposed to protect her.

What makes this even more egregious is that Krakoa has adopted other non-mutant creatures on the island, such as the techno-organic Warlock, the alien dragon Lockheed, or even the North Star’s human husband Kyle. What makes Danger’s status as a sentient AI, capable of either loving, angering, and suffering, less valid than that of a Warlock, except that it’s not as convenient for those in power?

One more time Sabretooth reveals the great lie of Krakoa, revealing that many of their serious problems and mistakes are 100% their own actions, as the X-Men continue to let down the people who supported them in the past, ignoring the lessons they have already learned, and losing potential allies such as the powerful intelligent robot Danger and her love-The mutant Madison Jeffries.