Home Entertainment The 9 Best Netflix Documentaries That Aren’t About True Crimes, According to... 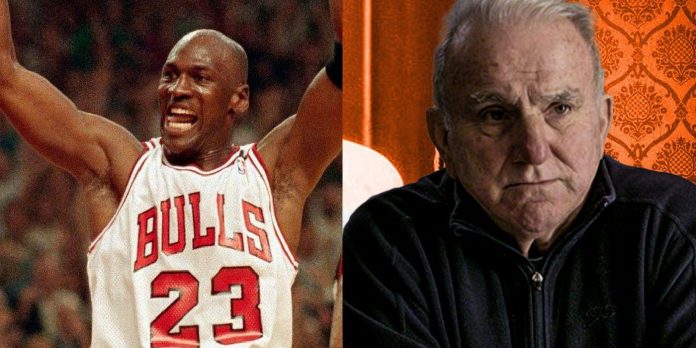 Netflix has a seemingly unending array of documentaries available to stream right now and, though true crime seems to have a stranglehold over the cultural zeitgeist, these informational projects are far more varied than many viewers may initially recognize.

There are plenty of terrific documentaries outside of the true crime genre that are worth checking out for fans of informational entertainment. Certain Redditors have spoken out about what they believe to be the very best selection available to stream right now on Netflix.

Documentaries about regular people in extreme circumstances tend to pique audience interest. This seems to be the case for GirlGirl21 who, when asked to select their favorite Netflix documentary, wrote submitted “Three Identical Strangers,” a chilling deep dive into the lives of triplets separated at birth by an inhumane science experiment.

Three Identical Strangers is the tragic tale of three brothers separated at birth that find each other once more after a string of coincidences alert them to the others’ existence. Audiences are sure to fall in love with each of these triplets as their story is recounted and the mystery begins to unfold regarding the unscrupulous researcher that played with their very lives.

A Reddit user by the name of c33jay27 suggests “King of Kong: A Fistful of Quarters” as one of Netflix’s best docs. While this particular suggestion might be a somewhat obscure documentary, it carries with it strong emotional weight and a surprisingly relatable story.

King of Kong plays like a Hollywood film as it tells the story of Steve Wiebe, a sweet unemployed engineer from Washington, who attempts to break the world record in Donkey Kong. The documentary is complete with its own antagonist in Billy Mitchell, the holder of the record Wiebe is attempting to beat.

In the midst of discussion regarding superb documentaries, a deleted Reddit account alluded to the Michael Jordan docuseries, The Last Dance. This series, which premiered in 2020, has been largely considered to be one of the best sports docuseries in recent years, delving into the history of Jordan’s career in the NBA and his time on the Chicago Bulls.

The Last Dance is a must-watch for basketball fans, especially those who were alive during Michael Jordan’s prolific career. This series delves into the personal lives of Jordan and his teammates like never before, setting the backdrop for the most historic years in the NBA’s history and lending new context to one of the most recognizable athletes in history.

Reddit user socrex suggests the 2017 project known as Icarus as one of Netflix’s best contributions to the documentary genre. They write that potential viewers “try to go in as blind as possible because it’s a wild ride,” alluding to the fascinating twist within the documentary.

Icarus is truly a unique documentary due to its surprising evolution. The film begins with documentarian Bryan Fogel investigating the various doping incidents in cycling competitions, only to accidentally happen upon a far bigger scandal in the process. The film won an Academy Award for Best Documentary Feature upon its release, making it a worthy addition to any interested party’s watchlist.

Wild Wild Country is a truly scary documentary for fans who like to feel uncomfortable, depicting the story of the Indian guru Bhagwan Shree Rajneesh, otherwise known to his followers as Osho, and his community, known as Rajneeshpuram and located in Oregon. The six-part series proved to be rather controversial, much like Rajneesh himself, though it would win an Emmy for Outstanding Documentary or Nonfiction Series.

Redditor franciewrites believes that “The Chef’s Table” is a noteworthy documentary that moves away from the popular true crime genre to give viewers a look at the stories of several famous chefs from around the world. The docuseries has six seasons thus far, consisting of 38 episodes.

This documentary series is a must-watch for foodies everywhere, as it explores the histories of dozens of world-renowned chefs, including their rise to notoriety and their current status in the food industry. With years’ worth of content readily available to stream, The Chef’s Table is the perfect documentary for viewers to binge-watch.

A deleted Reddit account has a favorite documentary that makes fun of other documentaries, writing “I enjoyed Death to 2020,” though they go on to note that the project is technically “a mockumentary.” The 2021 Netflix original mockumentary was conceived by the creators of Black Mirror, making it worthy of distinction in its genre.

Though satirical in nature, Death to 2020 is a great watch for any fans of nonfiction documentaries. Touching on the subjects of COVID-19, race relations in America, and the 2020 presidential election, the mockumentary attempts to frame the events of 2020 in a palatable form, including guest performers such as Samuel L. Jackson, Joe Keery, Lisa Kudrow, Kumail Nanjiani, and many more. A sequel, Death to 2021, was also released a year later.

Father Soldier Son follows the Eisch family after Brian Eisch is deployed to Afghanistan. The documentary explores the effect that Brian’s absence has on his family while also making a larger point about the tribulations that military families throughout the country endure on a regular basis, carving a remarkably emotional story for itself in the midst of very difficult subject matter.

Among other notable projects including Dirty Money and The Pharmacist, Redditor csbphoto lists Rotten as one of the best documentaries they have ever seen, describing the 2-season docuseries as being about “smaller producers getting screwed by larger ones.”

Rotten aims to expose the corruption at the very top of the food production supply chain. Running for two seasons, each consisting of six episodes, the investigative documentary calls for better oversight of the corporations who control the food supply of the United States, bringing to light several unbelievable breaches of trust perpetrated by the corrupt officials in charge.

Jon Favreau and Dave Filoni hope to get One Mandalorian Cameo...