Home Entertainment The 5 Most Creative Weapons from Horror Movies 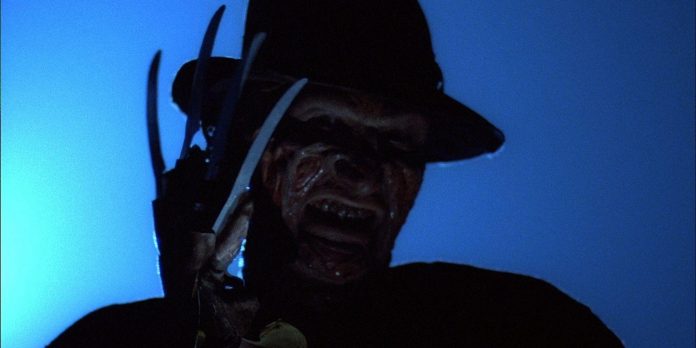 Horror movies come in all shapes and sizes, but people are often the real monster. People themselves are not particularly scary, but a person with a blade or a baton can help. Scary movie lovers demand novelty, so the same old kitchen knife or a woodcutter’s axe won’t cut it every time.

The most iconic villains from slasher films often become inseparable from their signature weapons, including occasional films named after him. When horror gets weird, it often changes the tools, not the format. Everyone knows what the average slasher is made of, but a unique weapon can make guts and dried blood a little more interesting.

Creating a cult monster that haunts its victims in dreams, Wes Craven decided that every horror prop has a cult weapon, and that he will need it too. Inspired by Jason’s machete or Leatherface’s chainsaw, Kraven sought to create a signature tool for his new nightmare. Craven reportedly came up with the idea when he watched his cat spoil his sofa with its claws.

The bladed glove was designed by Jim Doyle, who used steak knives that he turned upside down. The prop team blunted the sharp edge and sharpened the back to make it work visually. The goal was to resemble long nails resembling the claws of a deadly predator from the jungle. New versions of the claws were created for the “New Nightmare” and the 2011 remake, but Freddy’s glove with blades is undoubtedly iconic. Freddie wouldn’t be who he is today if he wasn’t armed with this chilling glove with a blade.

David Cronenberg is widely known as a master of body horror, but not all of his films are known to everyone. His 1999 sci-fi horror film “Existence” was positively received and very strange, but he was unlucky that it was released shortly after “The Matrix”. The director of Scanners and The Fly has transferred his incredible visual style to the venerable world of cyberpunk. Existenz is set in a world that uses neural interfaces for virtual reality games, while “realists” are trying to destroy the establishment and return to traditional perception.

The film’s protagonist Ted (Jude Law) is tasked with protecting a game developer from assassins, while reluctantly exposing himself to augmentation. He builds a Gristle Gun out of inedible meat leftovers from disgusting Chinese food to do his job. The Gristle Gun consists of hideous fleshy parts and seems to shoot human teeth. There aren’t many of these weapons in Existenz, but it’s one of the most striking props shown in the movie.

Yes, this slasher created by Roger Corman really sounds like a movie that exists only in the plot of a sitcom, but it does have a funny and interesting main weapon. In the original 1982, the killer, armed with a screw-like power tool, terrorizes teenage victims. The sequel took this idea and used it by attaching the instrument to an electric guitar.

This is a bad movie, completely fascinated by the senseless blood and nudity of this genre. The only significant burst of creativity is the killer’s bizarre choice of weapons. Like most forgotten films of the golden age of dumb slashers, Slumber Party Massacre II belongs to the past. Despite the absence of any significant advantages, at least the killer had a cool and unique support throughout the uninteresting events of the film.

Tokyo Gore Police is one of the strangest fighters of our time. As the name suggests, the action takes place in futuristic Tokyo, which has plunged into a sadistic nightmare of violence and blood. A mad scientist named Ki Man has created a virus that causes his victims to release weapons from wounds. The infected, known as engineers, become violent and dangerous thanks to their new bio-organic weapons. The Tokyo Police Department is creating a new unit dedicated to destroying engineers, usually through street executions and excessive violence.

The main character is a vengeful hunter with a katana named Ruka, who loses his first meeting with Kamen after he infected her with a virus. As a result, her hand turns into a clawed beast with an alien head. There are countless nightmarish drawings worthy of the same praise in this film, but the hand of the Hand is the most iconic. More people should watch this movie if they have the constitution for it.

The beloved Phantasm franchise is one of the biggest names in cult horror. Don Coscarelli is the inspiration behind five films and many other materials. The series tells about an evil Tall Man, an alien undertaker who seeks to collect human corpses for processing into an army of slaves. To this end, his main weapons are the Guardian Spheres.

These floating silver balls suck the blood out of their victims and cut off their brain trunks, turning them into zombies.

Magic Legends Will Be Shut Down In October And Will No...