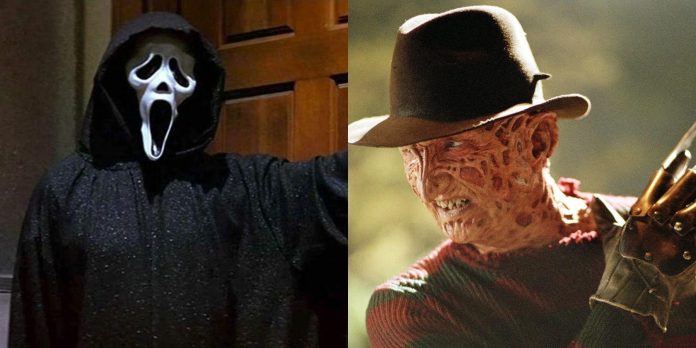 Wes Craven is best known as the director of the films “A Nightmare on Elm Street” (1984) and “Scream” (1996), but his work includes many horror films with well-drawn characters, memorable villains that cause goosebumps in the audience, and best of all clever quotes. Craven’s films often have a sense of humor, as well as a lot of scary scenes, and this combination works well, making these stories even more interesting.

There are quotes in many of Wes Craven’s horror films that will be remembered by viewers: from the 1978 TV movie based on a book by a favorite author to his 2005 film “Red Eye” about a terrible flight.

Rachel and Julia hate each other in the movie “Summer of Fear” (1978)
Rachel: “I can’t stand you, including your hair!” Julia: “How rude.”

“I Know What You Did Last Summer” is a 90s horror film based on the novel by Lois Duncan, which was published in 1973. In 1976, Duncan’s novel “Summer of Fear” was published, and Wes Craven made a TV adaptation. , which aired in 1978. The film stars several big names, and Lee Purcell plays Julia Trent, a teenage girl who moves into the Bryant family. Julia’s cousin Rachel (Linda Blair) is unhappy with this development and considers Julia literally evil.

“Summer of Fear” can be considered an underrated teen horror movie, and also has a solid script, although some of the dialogue is a little outdated. Strange things start happening to Rachel, and she thinks it’s all Julia’s fault. These quotes are funny because Rachel is so upset with Julia, and Julia pretends that she is sweet and innocent.

Wes Craven wrote and directed A Nightmare on Elm Street, which tells about the beloved villain Freddy Krueger and his ability to enter dreams and thus kill people. Freddy Krueger is the ultimate slasher villain for countless horror fans thanks to the funny things he says in the franchise.

In the first movie, there’s a haunting song that kids sing about Freddie, and it’s hard to forget because it sounds terrible. While some villains are stupid and easy to escape from, this is not Freddy at all. He endures because he is really so strong.

Jordan Peele is shooting a remake of the 1991 horror film “People Under the Stairs”, written and directed by Wes Craven. This is an absolutely terrifying and tragic story about children who are forced to live in a house and never let out on the street.

The main character Poindexter “Fool” Williams (Brandon Adams) lives in a terrible house owned by the homeowners Robsons, who are also called “mom” and “dad”. The Fool’s parents are ordered to leave, and the Fool hides in the house, meeting their daughter Alice (A.J. Langer), who lives a tragic life and is never allowed to go outside. When she tells a Fool that her parents are cannibals and that they won’t go anywhere, it’s hard not to shudder with fear. Anyone, be it a child or an adult, would be scared to hear these words.

Although it seems that there will be a lot of characters in “Scream 6”, the main characters of the original 1996 film will always be attached to the audience. Tatum Riley Rose McGowan has a wild death scene as she tries to get away from the Ghost Face by walking through the tiny dog door of the garage door, and before that happens, she jokes with the killer about the sequel.

“Scream” is not only a good example of how to write and shoot a perfect slasher, but also a metaphilm, and it’s funny and clever that the script mentions a sequel, which was bound to appear soon, given the popularity of the film.

Jackson Compliments Lisa in Red Eye (2005)
“Pretty clear thinking considering the circumstances. Wait, let me guess, a few stress management courses? They really pay off. When we get out of this, I may have to steal you.”

Since it was released in 2005, “Red Eye” may be a forgotten horror movie of the 2000s, and that’s a shame since the movie is terrible. Rachel McAdam plays the authentic and engaging role of Lisa Reisert, a woman who doesn’t like to fly, who was once attacked in a parking lot and who was unlucky enough to sit next to Jackson Rippner (Cillian Murphy). It turns out that Jackson is planning to kill a politician, and thanks to Lisa’s work, she, in his opinion, can help him.

While the movie is very tense, Jackson delivers this hilarious quote that breaks through the creepy atmosphere. The fact that he can praise Lisa for how cool, calm and collected she is in this unimaginable situation speaks to how smart he is, and adds several layers to his evil character.

The highly anticipated PUBG: New State is out