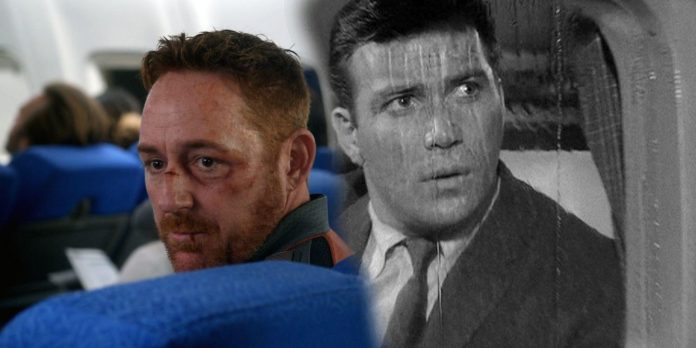 Warning: SPOILERS for the 3rd season of “Orville”, the 3rd series, “The Paradox of mortality”.

Season 3 of Orville, episode 3 “The Paradox of Mortality” pays homage to the iconic role of William Shatner, but surprisingly for a Star Trek tribute, it’s not Captain Kirk. Created by Seth MacFarlane of Family Guy, Orville is a comedy-drama sci-fi adventure series that regularly pays homage to the Star Trek of the 1990s. In The Paradox of Mortality, MacFarlane’s Ed Mercer and his landing party go through a series of near-death experiences created by an immortal omnipotent species.

These scenarios include a life-and-death battle with a cannibal on a school football field, a creepy morgue of moklans and an attack by a terrifying sea creature. After escaping from Mercer High School, Seth MacFarlane and his landing party find themselves on board an old Earth passenger plane, where everything is not as it seems. The anxiety gripping Lieutenant Malloy (Scott Grimes) echoes William Shatner’s iconic role in The Twilight Zone, Season 5, episode 3, “A Nightmare at 20,000 Feet.”

In “A Nightmare at 20,000 Feet,” William Shatner played Robert Wilson, a man recovering from a mental disorder. After being discharged from the hospital, Wilson boards a passenger plane heading home, where his wife and fellow travelers believe that Wilson is still going through a mental health crisis. He sees a creature on the wing of the plane fiddling with the wiring, and desperately tries to draw the attention of the crew to this potentially fatal act of sabotage. Given the love of pop culture references in Seth MacFarlane’s Family Guy, it’s no surprise that season 3 of Orville, episode 3, “The Paradox of Mortality,” pays homage to this iconic episode of The Twilight Zone.

In the third season of the TV series “Orville”, the third episode “The paradox of mortality”, there is a fabulous, almost nightmarish atmosphere, especially in the scenes on board the plane; and this is the tone that often defines the best episodes of the Twilight Zone. Written by McFarlane’s Family Guy colleague Cherry Chevapravatdumrong, “The Paradox of Mortality” also bears various visual similarities to William Shatner’s iconic appearance in The Twilight Zone. The footage of Orville’s crew members looking worriedly out of the plane’s windows is reminiscent of the memorable footage of a panicked William Shatner doing the same. There is also a lot of atmospheric thunder and lightning that causes turbulence in the restless flight of the Orville crew, which also resembles the fatal flight of Robert Wilson in the original version of “Nightmare at 20,000 Feet.”

In the final scene, Wilson is sent back to the psychiatric hospital after he nearly crashed the plane while trying to stop a goblin on the wing of the plane. However, as he sprawls away from the airport, the camera lingers on the damage done to the plane, proving that his nightmarish visions were real. Chevapravatdumrong’s “Paradox of Mortality” allows Orville’s team to finally give Shatner’s character the recognition and justice he deserves. As a pilot, Lieutenant Malloy feels that the plane is deliberately flying into storm pockets, and therefore, with the support of his teammates, he tries to take control of the plane, to the horror of the interfering flight attendant. The landing party is more successful than Robert Wilson in trying to prevent a plane crash, and by storming the cockpit, Mercer and Malloy take control of the plane and make an emergency landing.

Given that “Orville” regularly uses “Star Trek” imagery, it may seem surprising that the series instead pays homage to Robert Wilson from “The Twilight Zone” rather than James T. Kirk. However, “Orville,” like Shatner himself, is more than just “Star Trek.” Referring to William Shatner’s contribution to another sci-fi franchise, “The Paradox of Mortality” perfectly refers to the episodic science fiction so beloved by classic television, and proves that “Orville” skillfully fills this gap in modern television.

Bachelor graduate Cam Ayala tells what will happen next after an...