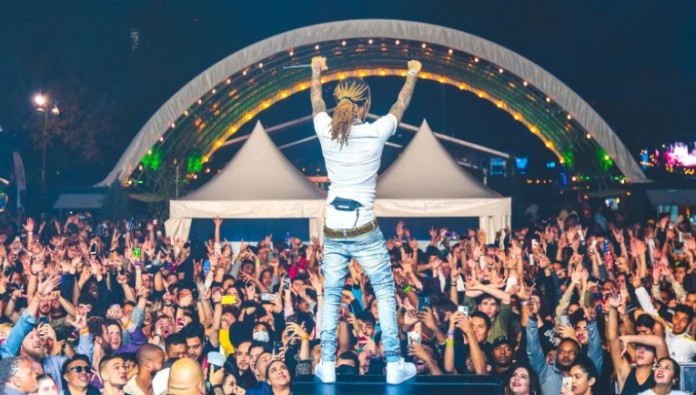 The race week event will be held from Thursday, May 5, to Sunday, May 8, from 12 p.m. Until 3:00 every day, at 2250 NW Second Avenue in Wynwood, and visitors can expect to see their favorite racers featuring both Oracle Red Bull Racing and Scuderia AlphaTauri.

At the Racing Fan Fest, ticket holders can visit the Red Bull fan zone, visit the official March store and take photos with Formula 1 cars. In addition to buying clothes, casual gear and more, fans can also take part in a Red Bull pit stop to test their speed and find out if they have everything they need to become an F1 crew member. Visitors can also learn about the teams or watch the race on a massive LED installation in this place for all ages.

The official Formula 1 Merch store will become the main attraction for die-hard racing fans. The mall will sell authentic and licensed F1 and Grand Prix merchandise, including team clothing, fan clothing and accessories. Also expect some souvenirs and memorabilia of the 2021 Formula 1 world champion Max Verstappen.

Racing Fan Fest 2022 is not just about cars and racers. A specially created entertainment forum will feature some yet-to-be-announced world-class musical performances. The four-day event will be closed by Alesso, the Swedish DJ who created such hits as “When I’m Gone” (with Katy Perry) and “Let Me Go” by Hailee Steinfeld (with Florida Georgia Line and Watt).

Elsewhere, Manhattan’s Nebula Nightclub (created by Richie Romero, co-founder of MIXX Lifestyle Group and the person behind 1OAK) will curate a pop-up on deck inside the Wynwood Marketplace. TCE Presents founder Rob Toma will oversee a music program featuring local DJs as well as international stars such as the Dutch DJ duo Bassjackers.

What’s a party without a bar? SWARM has teamed up with E11EVEN vodka to make the festival of racing fans an unforgettable weekend. In the meantime, food will be served at the main eateries of the Wynwood Marketplace. Visit The Pink Paloma for tacos, quesadillas and Milagro Tequila specialty drinks, as well as Crown Royal Whiskey cocktails. Disco Pizza will serve sizzling slices, and Santo Vino will pour wine into glasses or bottles. There is also a full bar on deck, and the F&B Village Racing Fan Fest offers even more food and drink options.

Children have something to do in The Kid Zone. Tire swings, a bungee trampoline, a racing maze and a race track with a pedal cart are just some of the entertainment for children at the installation, curated by Gryph & IvyRose, a brand of herbal blends from Florida.

While the kids are playing, adults can take a look at IGK Color Bar, a playful installation showcasing their new line of hair dyes.

Participation in Racing Fan Fest 2022 is available for free, tickets can be purchased on Eventbrite. The first 500 people who register every day will receive an official souvenir cup.