Home Entertainment The 10 Worst Movies Rated above 8.5 on IMDb, according to Reddit 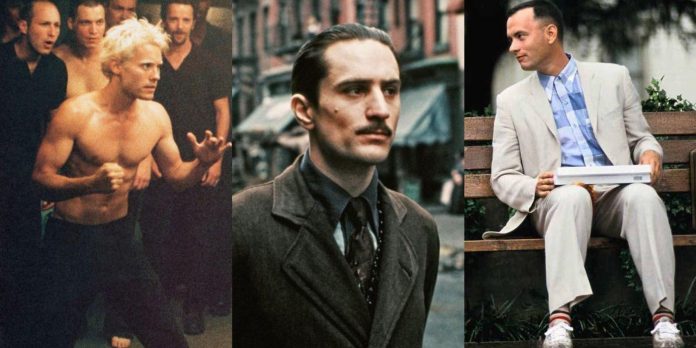 Many film buffs look to IMDb for movie recommendations, and in that case, more people will be watching Everything Everywhere All At Once, which holds a unique IMDb rating record. It’s the only movie of 2022 to have a score higher than 8.0 and enter the top 250. The film even has a chance of creeping up to the 8.5 mark, but then it’d be in danger of getting berated by Redditors.

Redditors have debated which movies with an 8.5 or higher don’t deserve their scores. And of the 45 movies with an 8.5+, users have unpopular opinions about almost every one of them. Even though the consensus is that these movies are the greatest of all time, Redditors make some strong opposing arguments.

Star Wars: A New Hope holds a legacy that few other films do. Not only had nobody seen digital effects like that before, but it features the most beloved iconic film characters ever, and it was the beginning of a $10-billion franchise. But the legacy doesn’t matter much to Ebenantar, who believes, “the film feels genuinely dated for me to the point where it just doesn’t work.”

While the Redditor admits that they like The Empire Strikes Back, they argue that A New Hope, which is rated 8.6 on IMDb, is a product of its time. To be fair, George Lucas seemingly felt the same way, as he attempted to update the film with up-to-date CGI in the 2000s, but that just further proved that there’s no beating the original version.

As far as war movies go, Life Is Beautiful is by far the most overlooked. The 1997 film is just as engaging as The Deer Hunter, and it’s just as emotionally exhausting as Schindler’s List, if not more so. But though it isn’t as well known, the IMDb users who have seen it love it, as it sits at 8.6 on the database.

However, G_skinns1985 doesn’t believe it deserves what love it has, arguing, “It’s emotionally charged, and overall a decent movie, but probably no more than 7/10 for me. Just a bit overly sentimental at the end in my opinion.” In fairness, Life Is Beautiful has a misleading title and it’s a film that should only ever be watched once, as it has such an emotional toll on its viewers. But that doesn’t mean it isn’t an incredibly well-told and original story compared to the sea of other World War II films.

JeffGoldblumsGlasses explains, “Fight Club doesn’t deserve to be in the top 10 or 15 or whatever. It’s a movie that’s fun when you’re a teenager, but kinda makes you roll your eyes at times when you rewatch it.” Ironically, some teenagers would be disappointed by watching a movie called Fight Club that isn’t actually about underground boxing.

However, many other Redditors share the user’s opinion, and viewers find its anti-consumerist message pseudo-intellectual. It’s almost as if the 1999 movie has come full circle, as Fight Club was a box office bomb when it was first released, then it became a cult classic, and now it has gotten a small but noticeable backlash.

SarcasticDevil thinks the classic ’90s crime thriller The Usual Suspects is undeserving of its 8.5 score on the movie database. The Redditor makes a great analogy for the film, positing, “I liked The Usual Suspects for its ending, but I wasn’t loving it up to that point. Kind of like a tame rollercoaster with a sudden drop at the end.”

There’s no denying that the twist ending enhances the viewing experience of the movie, but the final moments wouldn’t be as effective if it was for the way the story was brilliantly framed up to the point. The Usual Suspects is a masterclass in storytelling, and most would agree that it’s totally deserving of its score.

Forrest Gump has a huge 8.8 on IMDb, and it’s Tom Hanks’ best movie according to the website. The film is praised to no end for its performances, its mix of drama and comedy, and the way it interpolates real-life events. But Tophman believes the movie shouldn’t hold such a high score, even though they can’t pin down why they hate it so much.

The Redditor argues, “Maybe it’s the story, maybe it’s Tom Hanks, but something about that movie is awful. I can’t sit through the whole thing.” But while the 1994 movie has been criticized for its ignorance (the Ku Klux Klan is literally shrugged off as, “Sometimes we all do things that don’t make no sense,”) most viewers love it and think there should have been a Forrest Gump 2.

American History X’s story of a neo-Nazi turning over a new leaf in prison struck a chord with many viewers. It delves into the psyche of racists better than any other film of its kind, and that resulted in an 8.5 average on IMDb. However, EmpireStrikesYou thinks American History X is unworthy of that score because of how predictable it is.

The Redditor also takes aim at the way its shot and the acting, arguing,  “The cinematography was too weak for the storyline, the supporting characters left Edward Norton to do the heavy lifting, and the ambition of the director was lost in a lacking script.” Though American History X sometimes feels more like a lesson than a film, the urgency of the movie and its depiction of white supremacy is just as scarily relevant today as it was 24 years ago.

Gladiator has an 8.5 on IMDb, and the film became a classic almost instantly when it was released 22 years ago. But JanMichaelVincent16 reckons, “It’s by no means a bad movie, and it has some fantastic performances, but it’s not as great a movie as people make it out to be.”

The 2000 epic is a simple revenge story, and so many other films have an almost identical story but with different approaches, whether it’s Conan the Barbarian or the recently released The Northman. But between the performances and the epic scope, everything is operating at a 10, and Gladiator is the best variation of it.

No other film series has a better one-two punch than The Godfather. The first movie is generally considered to be not just the best gangster film ever made, but the greatest movie of all time. And The Godfather Part II is one of the rare instances in which many think the prequel is better than its predecessor, as the 1974 release is set both before and after the events of the original movie. The two movies sit at 9.2 and 9.0, respectively.

However, Majorkerina thinks that the sequel is massively inferior to the first film. The Redditor argues, “While the first film is clear, focused, and memorable, I could never really wrap my head around the second one and, aside from a few involving Fredo, no scenes really stood out for me.” While Michael and Fredo’s relationship is the crux of the movie in many ways, nothing beats meticulously shot sequences set in the 1910s when Vito builds his empire.

Pulp Fiction has an 8.9 on IMDb, and it’s significant for being the first major Hollywood movie to truly delve into telling a story in such a non-linear way. While foreign filmmakers had been shooting narratives that way for years, it was Pulp Fiction that popularized it in Hollywood.

However, Reign_of_Kronos thinks it’s unworthy of its IMDb score, noting, “It was a mildly entertaining movie at best. I don’t understand the praise it gets.” Nothing really happens in Pulp Fiction, and many have questioned if the non-linear layout of the film is even necessary and if it’s just to make the film more entertaining. But the 1994 release has had such a lasting impact on the industry and its influence can still be found in films released today.

With an IMDb rating of 8.7, The Matrix is one of the most influential action movies ever made, and it’s something that only comes around once every decade or so. It was preceded by 1991’s Terminator 2: Judgement Day, and there wasn’t a film as influential until 2010’s Inception. Between the advanced digital effects and the intelligent philosophical narrative, there had never been a film like it, but Nateooo argues, “I understand the visuals were really groundbreaking for the time but the story just never engaged me that much, I never really cared.”

In fairness, the movie’s complex narrative might have been diluted by the polarizing and incoherent sequels, especially the recently released The Matrix Resurrections, but that doesn’t change the fact that the original film was revolutionary, and many action movies released today aren’t as impressive.