Home Entertainment The 10 Most Accurate Biographical films according to Reddit 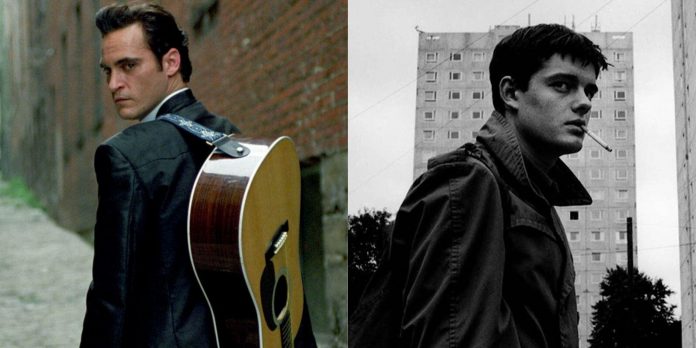 Baz Luhrmann’s Elvis already looks to be the biopic of the summer and its attempt to retell the singer’s historic rise has encouraged plenty of discussion about the true story behind Elvis’ many legendary stories. The biopic is following in the footsteps of recent superstar biopics, like 2018’s Bohemian Rhapsody and 2019’s Rocketman, in taking a more liberal approach to the past to tell an epic story.

There are some exceptions to this, of course, and biopics of a more grounded, truthful nature that still manage to tell incredible and memorable stories. These are Redditor’s suggestions for the most fantastic yet accurate biopics.

A biopic of Brian Wilson of The Beach Boys during two different periods of his life, Love & Mercy puts the focus more on the singer’s struggle with mental illness, whereas other biopics tend to lean towards more glamorous themes. Redditor summerlad86 is the one to put forward the movie, saying “I think “Love and mercy” is the most accurate one I’ve seen.”

The movie drew praise when it was released particularly for Paul Dano and John Cusack’s success in embodying the troubled artist during the high and low points of his creative process. Whilst some minor inaccuracies could bother a die-hard fan, the movie even has Brian Wilson’s seal of approval, and he complimented the movie’s accuracy in an interview with Chicago Tribune.

Considered by many to be the best musical biopic of all time, Walk the Line brings to life the story of Johnny Cash’s relationship with June Carter and his issues with addiction. It was also a popular choice on Reddit when mentioned by user I_lost_mybackupcodes, who clarified that despite some significant changes to the real-life story, the movie was successful in showing “the good and the bad of Johnny Cash.”

A lot of the movie’s truthfulness comes from the fact it’s based on the singer’s own autobiographies, meaning there’s a basis in first-hand experience. Joaquin Phoenix also does a memorable job transforming into the iconic country singer, helping to sell the realism of the whole thing.

Proving that made-for-TV movies can be great, the two-part Life With Judy Garland immediately drew a huge amount of praise for the meticulous way in which it recreated some of the legendary singer and actress’s greatest moments. Redditor maxm1229 outlines why the movie is rated so highly for accuracy even so many years after it originally aired.

They explain that the movie’s accuracy is “because it comes directly from her daughter” and “a lot of the scenes are confirmed by her biographers.” The ambitious biopic, which tells the story of Garland from her first performance to her tragic death, also lead to Emmy awards for both Judy Davis and Tammy Blanchard, who both shone whilst playing Garland at different stages of her life.

Whilst musical biopics often sweep up awards and win acclaim, sports biopics tend to be a little more niche. There are some rare exceptions and that includes this star-studded drama about the 1966 Le Mans Grand Prix. Directed by James Mangold, known for Logan as well as another biopic Walk The Line, the movie stars Matt Damon and Christian Bale.

They play race drivers, Carroll Shelby and Ken Miles, two people determined to overcome Ferrari’s dominance of the prestigious race, and Redditor Mr_Agu believes they managed to nail the two, aside from some small details. Though they only call it “mostly accurate with the exception of the ‘enemy executive,'” it’s amazing the movie manages to create so much tension without changing that much.

Older biopics are often forgotten about as audiences tend to be more interested in newer, shinier portrayals of notable figures but All That Jazz is too unique to be left behind. One Redditor, stumper93, was particularly pleased that Bob Fosse’s semi-autobiographical musical based on his own career as a dancer, choreographer, and director proved such a popular choice.

Thanks to being such a distinctively stylish, honest, and hilarious perspective on often real events, they said that the movie deserves all the attention it gets and it’s “so worth it!!!” Although the fantastical elements and its fictional protagonist mean it loses some points for accuracy, its dazzling nature means it still gets the Reddit stamp of approval.

Before Ford V Ferrari, Rush proved back in 2013 that a great motorsports movie centered on two real-life drivers with distinctive personalities could make for compelling drama. Directed by Ron Howard, the movie stars Chris Hemsworth and Daniel Brühl as title rivals James Hunt and Niki Lauda in the ill-fated 1976 Formula 1 championship.

Redditor SlackMomma highlighted the movie’s reputation, stating that the movie ” is apparently pretty accurate,” though the sentiment caused some debate with some users dismissing the movie entirely. However, Niki Lauda himself was reportedly surprised at how much Rush got right, meaning there is some weight to the movie’s claim to accuracy.

A film about the life of Ian Curtis, lead singer of Joy Division, Control is dedicated to portraying the sometimes bleak realities that went with the early days of the band, including the singer’s struggles with epilepsy. Redditor avocadosconstant explains the movie’s commitment to truthfulness, saying “it aimed to be accurate, in response to 24 Hour Party People, which greatly exaggerated its portrayal of the band.”

In many ways, Control is the perfect antidote to modern biopics and their tendency to over-glamorize the lives of stars, but it was already welcomed when it was first released in 2007 to awards and acclaim. Though there may be more accurate movies, Control’s determination to show just how mundane life can be even for future stars shines through.

Thanks to the incredible amount of critical acclaim and awards that were heaped upon Spielberg’s Lincoln, it’s a movie more associated with Daniel Day-Lewis’ Oscar-winning performance than its attempt to be accurate. That’s why Redditors like halfmaker took the opportunity to shine a light on its truthfulness, saying “I remember historians liking Lincoln a lot.”

Even for viewers who aren’t knowledgable about history, it’s obvious just from watching that there’s an outstanding level of attention to detail that went into making Lincoln. The screenplay is based on the biography Team of Rivals: The Political Genius of Abraham Lincoln, so it’s clear there was an intention from the beginning to get things right.

Perhaps one of the most surprising choices from Reddit was Danny Boyle’s biographical movie about the life of the iconic Apple Inc. co-founder, as Steve Jobs is one of the biopics most known for taking some big creative liberties. Redditor tiberone made the case for the movie though, arguing that, though the plot is “almost entirely fiction,” the movie “conveyed exactly what Jobs was like” in real life.

Indeed, Michael Fassbender’s take on the character does have the unmistakable feel of the real man and, though there have been various disputes about the actual specifics of the movie, most agree that it did an amazing job of crafting a truthful portrait of the famous CEO.

The darkest subject matter sometimes requires a degree of sensitivity that only the most honest of biopics can provide and that’s why Downfall is considered a true great. Redditor Spartacus_115 describes the movie as an “Extremely accurate” movie “about Adolf Hitler’s last days alive”.

Though some felt it belongs in the category of historical drama rather than biopic as it only covers a short period and doesn’t really try to build a fleshed-out picture of its central focus, the movie’s basis in real eyewitness accounts and survivors’ memoirs means that no could dispute its claims to accuracy. It’s for that reason that the movie is considered in such high regard by Reddit.

Jonah Hill Talks about His Anxiety and Explains Why He Won’t...