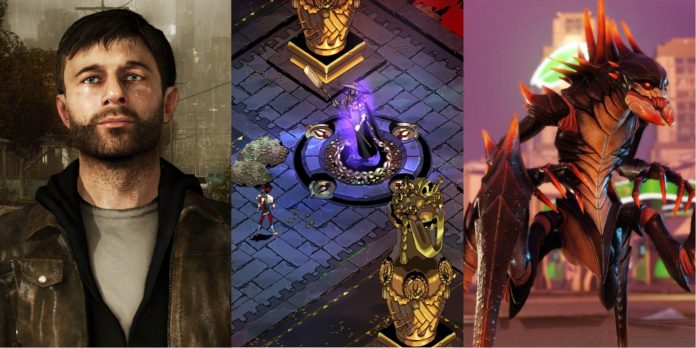 The recently released Sifu is a perfect example of how death is changing the world of video games, and the main candidate we’ll talk about later. The mechanics of death, of course, is a major component of almost every game game involving battles or dangerous scenarios, but often death does not matter at all.

What if death really meant something? What if the death of a character or surrounding NPCs changed the narrative or maybe even affected the gameplay? This is a new idea that is not often applied to titles, however these video games have done their best to incorporate this concept.

In the days of arcade games, death really mattered. This usually meant that some hard-earned money was wasted and the player died at the very last moment. This is a disappointing element of retro games that side-scrollers continue to bring back now.

Some of the most challenging indie games, like Cuphead, use this approach to death. If a player dies during his adventure, he immediately returns to the beginning. All this hard work is instantly destroyed, but the player gets better every time.

Middle-Earth: Shadow Of Mordor and Shadow Of War by Monolith Productions, IUGO and Warner Bros. Interactive Entertainment introduced the Nemesis system to the players. When the main character Talion is killed in battle, the landscape changes, reflecting this victory of the Orcs.

There is a hierarchy among the villains in which Talion’s murders are promoted by their triumph. Death also meant that a personal rivalry began when the player met his former enemy, who defeated him in battle. Even orcs could come back to life and remember their terrible death with hateful revenge.

Sifu from Sloclap and Microïds has become one of the most notable recent names for significant deaths. Every time a player dies in battle, the main character returns, but a little older. After so much time, they simply cannot age anymore and will completely die. This time bomb is always in the player’s head.

Each encounter seems more important, and the mechanics of death, as in Shadow Of War, are embedded in the narrative of the title. It’s an ingenious use, and the game’s visuals also coincide with the change in appearance of the chosen protagonist acting as a reminder of their death.

Greek mythology has influenced many games, but very few have used the underworld as part of their narrative. For the Hades role—playing game from Supergiant Games, death is just another path to another area of this fictional legendary landscape.

When Zagreus dies, he is welcomed back into the Underworld with open arms. The player will have to start his mission again, but he can explore this hellish landscape in search of improvements and other items that can help him next time. Sometimes this is a very useful addition to the name, which corresponds to the knowledge of the ancient Greeks.

Unusually, zombie games don’t use the intriguing mechanics of death more often, given that the concept of the undead is embedded in the narrative itself. State Of Decay has made the idea of turning into a zombie even more terrifying thanks to the hard work of Undead Labs developers.

Throughout State Of Decay, the player tries to create a safe community by recruiting characters into their ranks to protect them as a unit. However, after gaining trust, these NPCs can be played for. This means that trust can also be lost. Each death will affect morale, lead to the loss of characters and, of course, replenish the growing army of Zombies. It’s as real as the apocalypse can be in a video game.

There is death in the name of Death Stranding from Kojima Productions. The reason for this is the intriguing use of mechanics, which seems to be an integral part of the story itself. Players may have a lot of questions left after the original title, but this version of the gameplay based on death will be familiar.

When a player dies in Death Stranding, Sam’s soul is removed from his body. Gamers can control their soul and can explore the world without fear of mere mortals. They can then reunite Sam’s soul and physical form to continue their mission.

In this case, Lionhead Studios’ Fable series is known for pushing the genre forward and adding a number of exciting game concepts. Fable III, in particular, introduced the idea that death can be endured by the player as a constant reminder of the dangers he faces.

Every time a player dies in an area, a scar is added to his main character. Although only one scar can be added to each location, and they can eventually be removed if the player wants, this is a unique touch that allows you to physically imagine lost battles.

Moon Knight Hits With His New Trailer: “It’s Not Linked To...